Dera Baba Nanak: Terming the Kartarpur corridor as symbol of faith and bonds, the Dal Khalsa and like minded groups and prominent personalities urged the Indian government to reopen this historic pilgrim’s pathway. 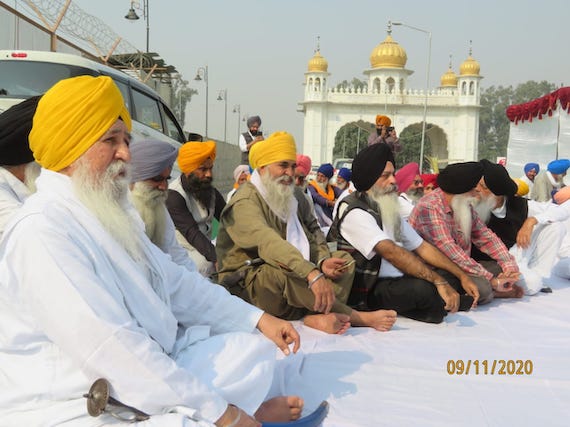 To commemorate the first anniversary of the Kartarpur corridor, the Dal Khalsa along with Akal Federation organized a function at the Indian side of the Kartarpur Corridor site near Dera Baba Nanak.

Hundreds of Sikhs performed ardas at the site. They were holding placards and banners to convey their message. 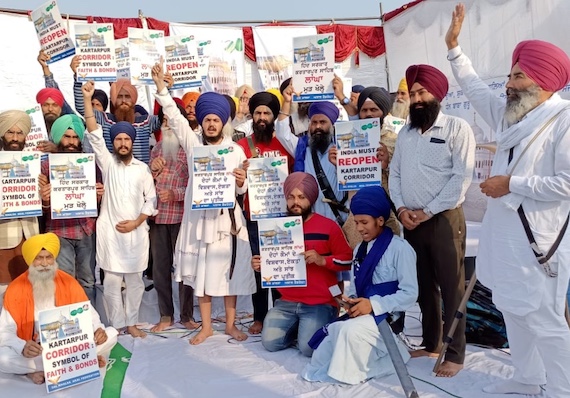 A view of event held by Dal Khalsa and Akaal Federation

Even though the Kartarpur corridor stays closed since March 16 for COVID19 reasons, Sikhs from India rue the fact that while life otherwise is working normally, the Indian side of the Kartarpur corridor still remains shut to Sikh pilgrims on its first anniversary, said Harpal Singh Cheema president of the Dal Khalsa, while addressing the gathering. 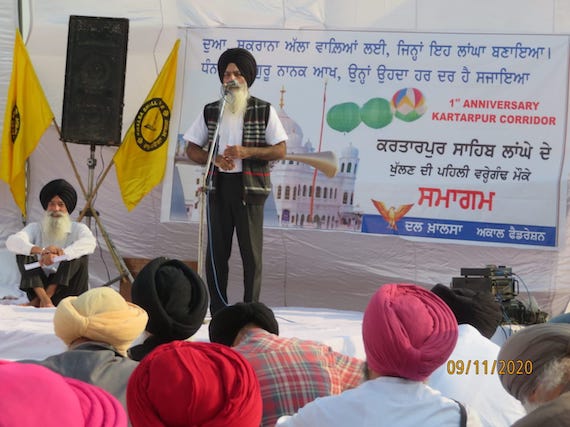 Another view of the event

He said Covid-19 can’t be an excuse to keep the corridor operation suspended anymore. Guru Nanak’s 551st Parkash Purab is slated to be on Nov 30, so the government must re-open the pathway before the gurpurab respecting the religious sentiments of the Nanak Naam leva. 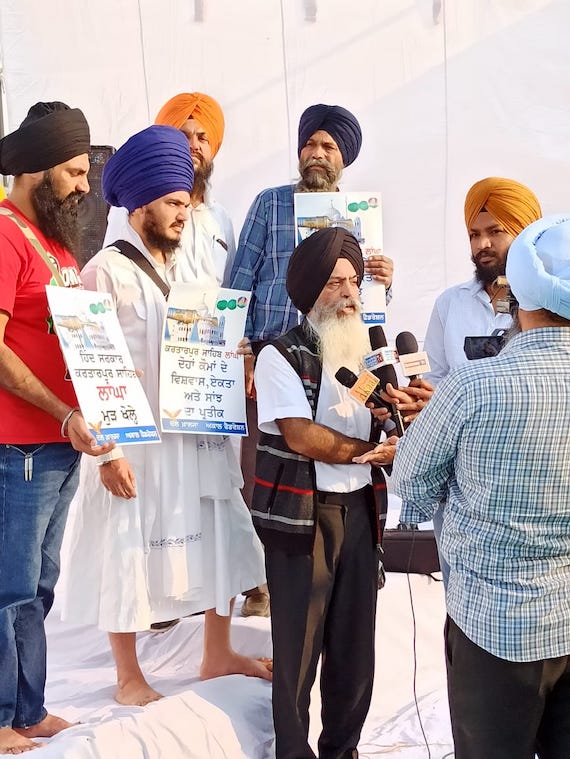 Reiterating their call, Kanwar Pal Singh said, “In the wake of the COVID19 pandemic out­break, the journey across the Kartarpur Corridor was temporarily suspended on 16 March and even though the Pakistan side opened it in June, India continues its delaying tactics and has yet to revoke the suspension, even when the Jathedar of Akal Takht Sahib Harpreet Singh and Sikh political leadership has also urged the government to do so.

⊕ Watch Video Recording of this Event:

Sikhs for long have been demanding free access to this historic shrine and the idea of a pilgrim corridor has been mooted since the 1990’s,” he said.

Akal Federation convenor Narien Singh said after a long struggle the dream of Sikhs turned into a reality last year. He said India agreed to the corridor after Pakistan Prime Minister Imran Khan initiated the move and threw the ball into India’s court.

To drive the point home, the UAD chief Gurdeep Singh Bhatinda said prominent pilgrimage sites across the world as well as in the country, which had been partially or fully closed due to the Covid-19 pandemic, had been reopened.