It may be recalled that few days back Haryana CM was set to visit a Gurdwara Sahib in Dachar village. In wake of CM’s proposed visit the local administration requested the Sikh Sangat to remove the portrait of Sant Jarnail Singh Bhindranwale from Gurdwara premises. The Sikh Sangat turned down the request as a result CM cancelled his proposed visit. 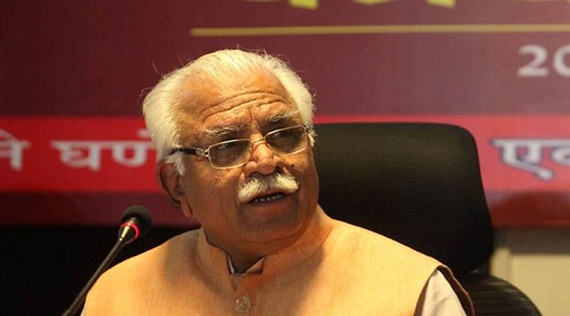 The Sikh Sangat had warned the ruling BJP that if CM fails to apologise to the Sikh sangat then they would call for complete boycott of the Bhartiya Janta Party (BJP).

Baba Gurmeet Singh, one of the main sewadars of the concerned Gurdwara Sahib, told Sikh Siyasat News (SSN) over phone that Sikh sangat from other parts of the state, as well as neighbouring Punjab and Uttar Pradesh also joined the Dachar village Sikh sangat today. He said that even the members of Hindu and Muslim communities also supported Sikhs on this issue.

He said that the Sikh sangat won’t allow anyone to show any disregard to Sikh martyrs therefore the Sangat has decided to boycott the Bhartiya Janta Party.

It may be called that Sant Jarnail Singh Bhindranwale, who attained martyrdom while defending the Darabr Sahib and Akal Takht Sahib during June 1984 attack by Indian army, was declared as ‘Great Sikh of the 20th Century’ by the Akal Takht Sahib.