Sikh museum to be constructed in Lakhnaur Sahib Village in Ambala

Ambala, Haryana: A museum of Sikh heritage will be setup in Lakhnaur Sahib village close to Ambala City, Haryana. This announcement was made by Ratan Lal Kataria, MP from Ambala on 29 June 2015. 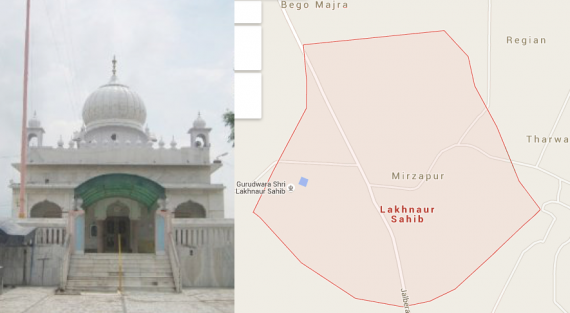 Around 17 acres of land belonging to Maharaja Ranjit Singh had been lying vacant in the village, which would now be utilized for the museum. Some articles belonging to Guru Gobind Singh Ji and his mother Mata Gujari Ji will also be kept in the museum and it would be developed on the lines of Anandpur Sahib Museum.

Kataria also announced a contribution of 11 lakh rupees for the Gurudwara from Member of Parliament Local Area Development (MPLAD) funds.

Gurudwara Lakhnaur Sahib is located on the Ambala Barola Road in village Lakhnaur, about twelve km from Ambala City. It is associated with the Tenth Guru, Guru Gobind Singh Ji. Lakhnaur was the ancestral home of Mata Gujari Ji, the mother of Guru Gobind Singh Ji and wife of Guru Tegh Bahadur.

The Gurudwara building is called Mata Gujari Ji da Khuh (Mother Gujari Ji’s Well). Mata Gujari Ji’s well, sarovar and Baoli are remnants of the visit of Guru Gobind Singh Ji to this village. Among the other articles associated with the Guru and his family on display here include the Guru’s bed, Mata Gujari Ji’s bed, weapons and utensils used in the langar.