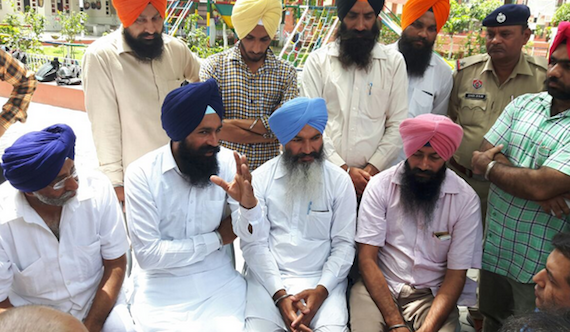 Manpreet Singh told Sikh Siyasat News (SSN) that the security officers asked him to remove the Kara before entering the exam hall.

“I told them that I could not remove Kara but they said that they would not allow me to sit in exam with Kara” said Manpreet Singh. 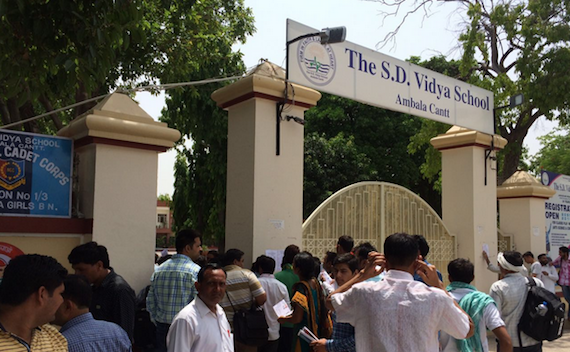 “I was  allowed to sit in the exam only after the superintendent informed the security officer that Karas and Kirpans were allowed inside the examination hall” he added.

On becoming aware of the incident, SGPC member Harpal Singh and local Sikhs held a protest outside the examination hall.

Amritdhari Sikhs barred from exam in Haryana over Kirpan and Kara …

S. Harpal Singh told Sikh Siyasat News (SSN) over phone that a local SDM showed them a specific order of the authorities stating that the Kirpans and Kara were allowed inside the exam hall. He said that a local security officer can not defy specific instructions on his own. He alleged that such incidents were part of a wider conspiracy against the Sikhs.

“Since the present government came into power in the state, the number of such incidents are on the rise” he added.

He demanded strict action against the culprit security officer.