Haridwar, Uttarakhand: The Uttarakhand police stopped a group (jattha) of over 140 Sikh pilgrims from Delhi who were on their way to Haridwar to visit Gyan Godhri Gurudwara at Har Ki Pauri on Saturday. The pilgrims were intercepted at Purkazi town of Muzaffarnagar district which is situated on the border of Uttarakhand and Uttar Pradesh.

The ‘jattha’ was headed by Gurcharan Singh Babbar, president of All India Sikh Conference, who alleged that the priest community at Har ki Pauri had illegally occupied the land of Gurudwara Gyan Godhri since 1984 and Sikhs were prevented from visiting it for fear of clash with the priest community (pandas). 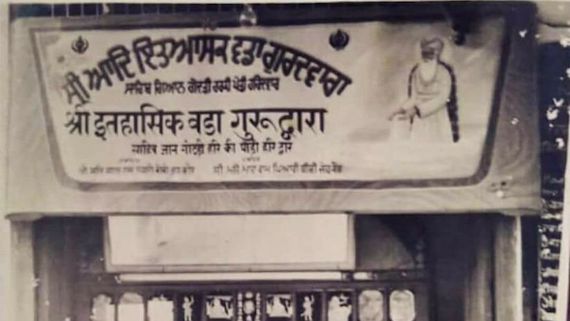 Babbar told HT on phone that the ‘jattha’ arrived Purkazi town at around 11 on Saturday night as the pilgrims wanted to visit Gyan Godhari on the occasion of Guru Nankav Devji’s 550th birth anniversary. They were having lunger (community feast) at Purkazi when superintendent of police, Haridwar, Navneet Kumar and circle officer Dheerendra Kumar arrived there with force and stopped them from entering Uttarakhand.

Babbar said that they feared a clash between members of the two communities and were compelled to stop the ‘jattha’.

The ruckus between police and Sikhs continued till early morning and eventually the police officials allowed a delegation to meet Uttarakhand minister Madan Kaushik on Sunday afternoon.

Babbar said that a delegation met Kaushik but the deadlock continued and finally the Sikh ‘jattha’ was forced to return to Delhi from Purkazi without visiting Gyan Godhari Gurudwara. Babbar said that they had tried many times to visit the gurudwara in the past 15 years but were never allowed to offer prayers there.

A visibly upset Babbar said that Pakistan had donated land to Kartarpur Saheb and was also allowing renovation in different gurudwaras there, “but we have been deprived of visiting an important place of our Guru in our own country.”

He said that Uttarakhand had a BJP government and it should help Sikhs in getting their right to visit their gurudwara instead of bowing down to pandas who were opposing a gurudwara at Har Ki Pauri and were illegally occupying it since 1984.