Sikh Youth Conference on Feb. 25 to give call for eradication of caste system from Sikh society

Hoshiarpur: Vehemently opposing the caste system, the Sikh Youth of Punjab would be organizing a Convention on Feb 25 to spread awareness against this menace that has by default taken its roots in Sikhs, which otherwise is casteless society.

Significantly, the youth organization is holding the function with the support of Guru Ravidas and Balmiki Sabha’s. Representatives led by president of Guru Ravidas Sabha Jagdish Badhan held a meeting with SYP activists to finalize the programme.

SYP head Paramjit Singh Tanda in a statement said the caste system is in sharp contrast to Sikh doctrine and philosophy. He, however, admitted that over the years the manuvadi caste system has taken deep roots in Sikh society also for which, the religio-political traditional leadership of Sikhs must share the blame. “This function is among the series of our consistent efforts to eradicate this menace from the society”, said he. 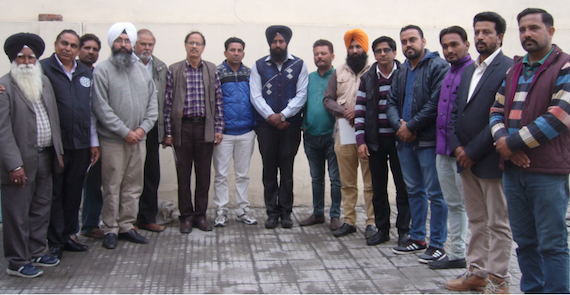 He said that Punjab perhaps has been the only state in the country where the grip of casteism has never been that strong. This precisely has been due to spread of Sikhism whose doctrine is based upon casteless and classless society. Institution of langar is personification of this very doctrine, he added.

He said its ironic that despite stringent laws there has been rise in crime against the Dalits especially the women. Referring to the case of Hyderabad student Rohit Vemula who was forced to commit suicide, he held the menace of caste system responsible for pushing Dalit’s, who were being discriminated at all levels, to take extreme steps.