Amritsar: Sikh Youth of Punjab, an organisation of Sikh youth activists, today announced to gherao the Governor House in Chandigarh to seek estoppel on release of controversial film Nanak Shah Fakir. The Sikh sangat has been opposing the release of film which is made in violation of Sikh tenets as it attempts of personify Guru Nanak Ji, family members of Guru Nanak Ji and Bhai Mardana Ji. 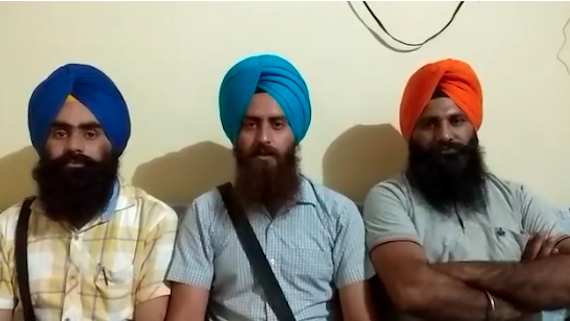 In a video message release today, Sikh Youth of Punjab (SYP) leader Paramjit Singh Mand said that the issue of Nanak Shah Fakir film is not limited to Punjab and announcement to not to release the film in Punjab does not solve this issue. He said that the copies of the film should be confiscated and discarded.

“If the Government of India attempts to get this film release, we shall gherao Punjab governor’s house in Chandigarh to give a clear message that if GoI has no sensitivities towards the Sikh feelings then its’ representative has nothing to do in the capital city of Punjab”, said SYP leader.

SYP has announced to stage its protest outside the Governor house in Chandigarh from 2 pm onwards on Thursday (April 12).