Hoshiarpur: Reopening the dialogue with the vast Dalit Samaj of Punjab, the Sikh Youth of Punjab (SYP) today gave a call for eradication of caste system from the society as it not only disturbs the social fabric but is also a blow to the fundamental tenets of castless society propagated by our Gurus.

Holding a joint conference for the first time with Dalit bodies such as Guru Ravidas Sabha and Balmiki Sabha here today, the SYP called upon the established Sikh institutions to play the role of vanguard and infuse the sense of equality and trust in the Dalit samaj, that has been ignored, discriminated and exploited by so-called upper castes of the society. 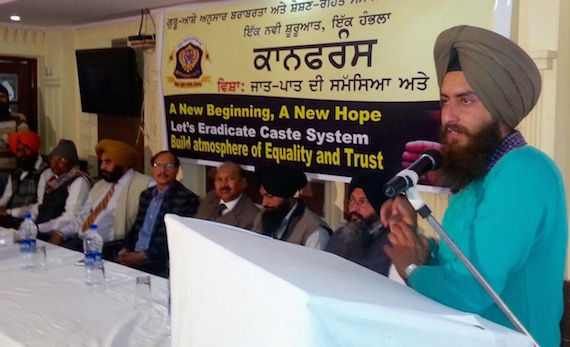 The participants felt that the empowerment of Dalits was the need of the hour and they resolved to constitute a joint panel of both the factions to coordinate with each other and remove misunderstandings and misgivings. Notwithstanding the ideological differences, speakers from both the sides were cautious but hopeful to bridge the gap.

The suicide of Hyderabad university student Rohit Vemula and arrest of Kanhiya Kumar echoed in the conference. Terming the suicide of Rohit as institutionalized murder, the SYP president Paramjit Singh blamed the Hindutva forces for driving him to take such extreme step and end his life. The resolution to this effect was adopted seeking justice for Rohit and bringing his murderers to book. 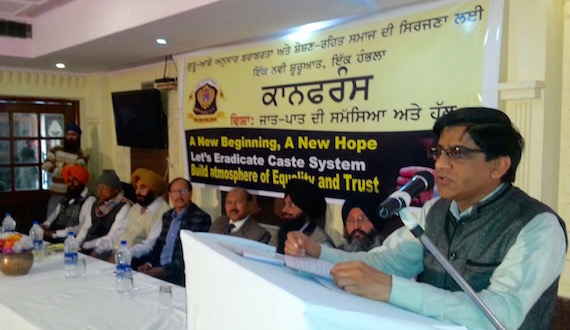 Another speaker during the conference

Blaming the RSS for running the government by proxy, Paramjit Singh said the arrest of Kanhiya Kumar and his two associates under sedition charges was against the spirit of democracy and law of the land. “RSS and the BJP can’t decide who is national and who is anti-national, he observed. 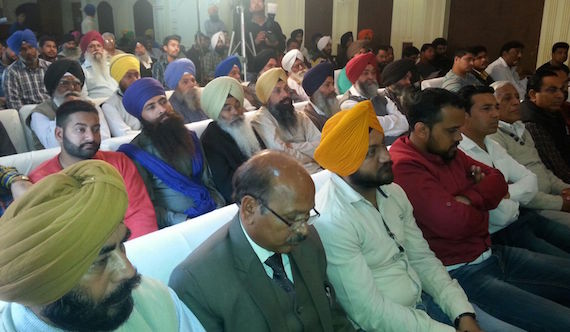 Prabhjot Singh, another main speaker dwelled upon the historic background of the caste problem prevailing in our society for centuries. He stressed on the need to raise the social status of the Dalit’s and for this he was of the view that upper castes would have to bring a positive change in their thinking and perception. He admitted that over the years the manuvadi caste system has taken deep roots in Sikh society also for which, the religio-political traditional leadership of Sikhs must share the blame. Sukhvinder Singh and Paramjit Singh Mand read out the resolutions.