Amritsar: As the new citizenship law has triggered a subcontinent-wide agitation, the students of Guru Nanak Dev University in Amritsar came out to protest against the violence unleashed by police on their fellow students at Jamia Millia Islamia in Delhi and Aligarh Muslim University campus.

Chanting long live students unity, they termed the CAA divisive and dangerous for the society. They were carrying placards to convey that they reject amendments in the citizenship law and would boycott proposed NRC. 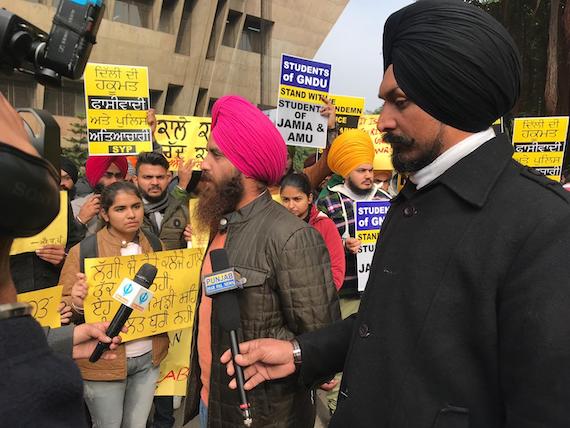 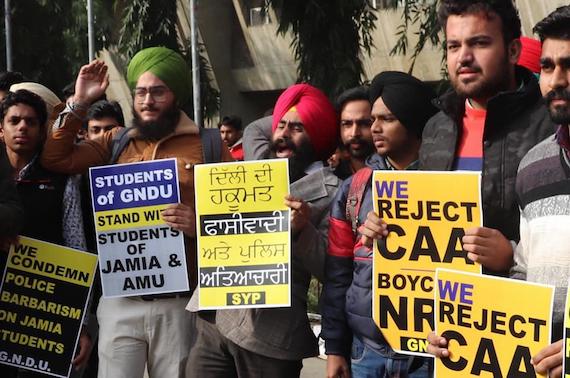 The country is heading towards civil war. The absolute power has gone to the heads of Modi -Shah combine and their coterie. They were behaving like dictators running tyrannical regime, said SYP president Paramjit Singh Mand. 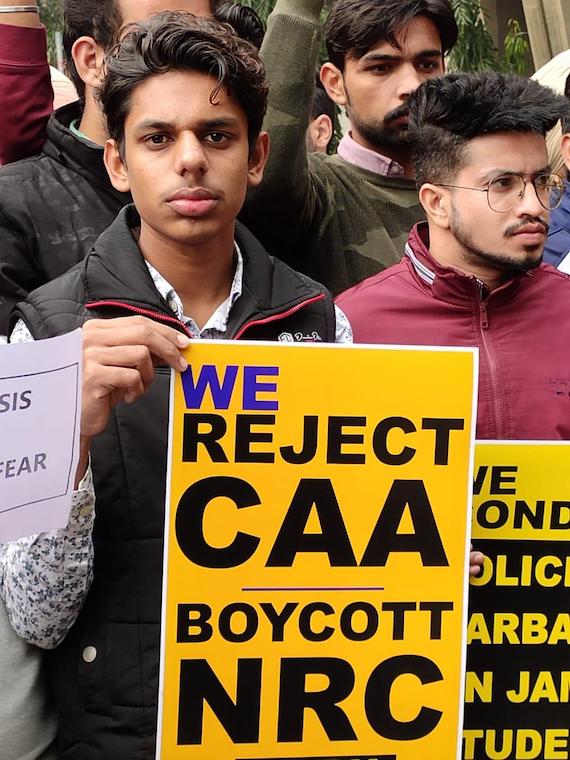 Students of GNDU protesting against CAA and NRC

“Is this the way, state behaves with students, studying at educational institutions?” asked, Research Scholar Association(GNDU) leader Jatinderbir Singh. The visuals show the extent of barbarism of police chasing, beating, hurling abuses on girls and boys of Jamia and AMU Universities.

Participating in a spirited protest, members of SFS said they stand with Jamia and AMU students and support the cause too. The new law is against minorities and must be rejected. The union government led by RSS BJP which is spreading its agenda of Hindi Hindu Hindutva in country can only be awakened by people’s protest. 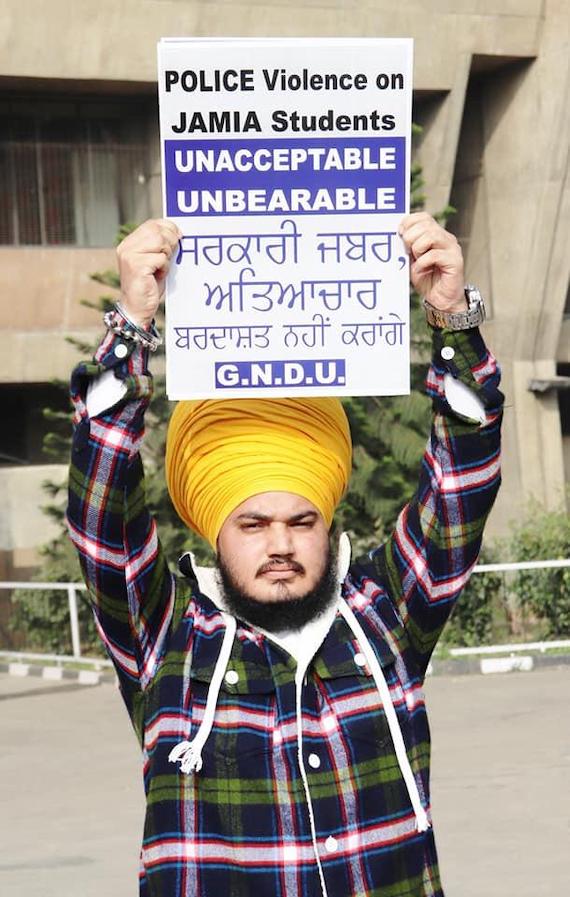 A Sikh activist showing placard during the protest

They asked the society to speak out against state trampling on people’s rights as not speaking now would be considered complicity. Those who care for freedom of expression , democracy and equality must resist Modi Govt’s naked aggression. Heads must roll as police entered the campus without permission from university VC violating the norms.