Manjit Singh GK said that Kejriwal lied on the issue of Rs 5-lakh compensation to victims of November 1984 violance against the Sikhs. He further alleged that the Delhi Government also misplaced the file of the Special Investigation Team (SIT) constituted to investigate the cases related to November 1984 massacre.

As per a release issued by DSGMC, while addressing a press conference, Manjit Singh GK alleged that Arvind Kejriwal was also seen mixing up with the Sikh genocide accused Jagdish Tytler. 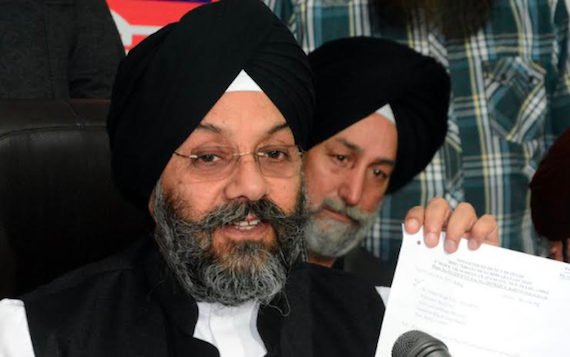 He also raked up the issue of destruction of Chhabil near Gurudwara Sis Ganj Sahib.

GK further said that the Delhi government failed to recruit the Punjabi teaching staff and refused to include Punjabi and other regional languages as professional courses from class ninth.

The DSGMC president said that the government has gone to the extent of making the Shiromani Akali Dal (Badal) ineligible in contesting Gurdwara polls.