“Sikhs For Justice” (SFJ) activists who were able to gain entry into the hall, blocked Kumar from speaking temporarily and water bottles were thrown at him before Police was called in who then were able to escort the activists out Of the hall in the midst of sloganeering, the statement reads. 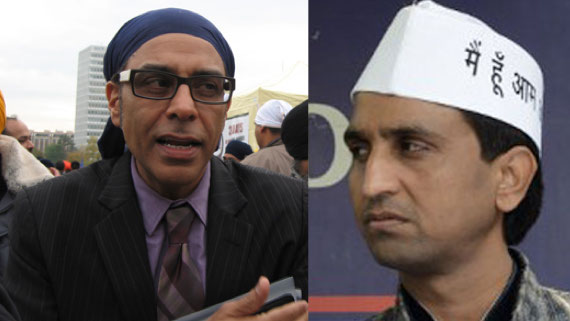 Gurpatwant Singh Pannun further stated that “AAP leader will be challenged during his gatherings for terming Sikhs as Hindus; making ludicrous jokes about Sikhs and calling Shaheed Bhindranwale a devil”. “We will not allow any politician irrespective of party affiliations to hurt Sikh sentiments. The protests against Kumar will continue in New Jersey, Chicago and in Houston”.

The North American Sikh community is up in arms against Kumar Vishwas, who was finally escorted out of the venue under heavy police protection, he maintained.