Aam Aadmi Party, Punjab Youth Wing President Harjot Singh Bains (25), an advocate by profession who recently completed his 300 KM journey throughout the Punjab on foot was also included in the list. Bains is also working hard to get the views of the youth of Punjab through recently launched ‘Youth Dialogue’ program. 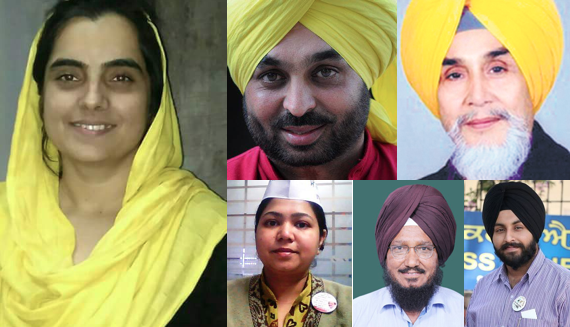 Among the women, AAP Women wing President Prof. Baljinder Kaur, who contested vidhan Sabha election from Talwandi Sabo and is actively participating in the women related issues in Punjab and AAP Lok Sabha Candidate from Hoshiarpur, Yamini Gomar found place in the list.

AAP Punjab Convener, Sucha Singh Chhotepur also gets a place in the list as the ex-officio member of the national executive.