Fatehgarh Sahib: Terming the than Indian PM and HM Rajiv Gandhi and P V Narsimha Rao respectively as “main conspirators” in the Nov 1984 massacre, the Dal Khalsa asked the Akali Dal to press upon the Modi dispensation to put both of them on trial in absentia rather than doing lip-service to the cause of justice. 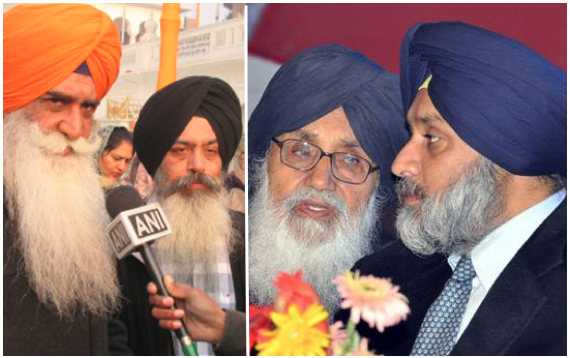 Party leaders H S Cheema and Kanwar Pal Singh said the first and foremost task for all Sikhs including Akalis should be to bring both the main conspirators of genocide to book rather than harping on withdrawal of Bharat Ratna Award from Rajiv, which is of secondary importance.

Leaders of pro-freedom group said Akali Dal should primarily focus on putting Rajiv on trial though in absentia for the sake of justice rather than petitioning Modi government to remove Rajiv’s name from public schemes.

“Badals should rightly avail advantage of the blind support they had given to their alliance partner BJP in Delhi to unmask the then Prime Minister and Home Minister of India for engineering the Sikh massacre”, they remarked.

Commenting on Akali youth leaders defacing Rajiv’s statue, they said blackening the face of a person whose black deeds are wide open is just a symbolic act. Sharply reacting to the shameless deed of Congress Sikh who cleaned Rajiv’s statue with his turban, they said it was pity that mental slavery and sycophancy has entered into the veins of some Sikhs.

They said the Sikhs have been waiting the day when killer of Sikhs Sajjan Kumar, who was convicted by the court will land in jail”. “They said justice was still a far cry and conviction of few accused was too little and too late.