Chandigarh: Taking former Deputy Chief Minister Sukhbir Badal to task for spreading “falsehood” and “misinformation”, the Justice Ranjit Singh commission has reportedly given him another opportunity to share information on incidents of sacrilege in the state. 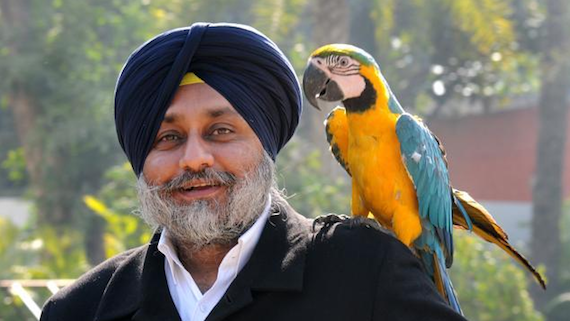 In a reported memorandum submitted to the state Governor, Sukhbir Badal had, among other things, claimed that a deep-rooted conspiracy, having international ramifications, was behind the incidents. Taking a note of his utterances in the memorandum, Justice Ranjit Singh (Retd) had asserted that evidence to this effect had not surfaced before him.

As reported by the media sources, in a communication to Sukhbir Badal, Justice Ranjit Singh had written that information on the incidents mentioned in the memorandum was vital for the ongoing inquiry. He was asked to urgently share the information through a duly sworn affidavit either by appearing in person or through post. Sukhbir Badal, in return, had shot off a communication to the commission stating that they had “resolved not to reply”.

Apparently, in a fresh communication to Sukhbir Badal, Justice Ranjit Singh has asserted that the tenor of his letter showed that he was aware of the deep-rooted conspiracy. Yet, he was not prepared to share information with the commission.

Furthermore, Justice Ranjit Singh added that he was duty-bound and obliged to reveal his knowledge about the conspiracy, being a responsible citizen and head of a political party professing the Panthic agenda.

Whilst referring to a statement made in the media by former Chief Minister Parkash Singh Badal that some foreign agencies were behind the incidents of sacrilege, Justice Ranjit Singh asserted that Sukhbir must be aware of the conspiracy theory for quite some time now, being the head of the state home department till March 2017, media reports said.

Had that been truly the case then the former chief minister would have taken appropriate measures to unearth it. Asserting that it imperative for him to share the information with the commission, Justice Ranjit Singh said it was of great significance as information or evidence regarding conspiracy had not appeared.

Moreover, Justice Ranjit Singh asserted: “Instead of resorting to spreading falsehood and misinformation, you have better option to appear before the commission and disclose the information available with you about this conspiracy.”

The probe panel has set March 16th as the deadline for him to respond, Justice Ranjit Singh reportedly said the commission because of judicial training had restrained itself from confronting him and others with the evidence available with it, “raising serious doubts about the nature of investigation carried out in the cases of sacrilege or in regard to efforts to check these incidents”, notes The Tribune (TT) in its report.