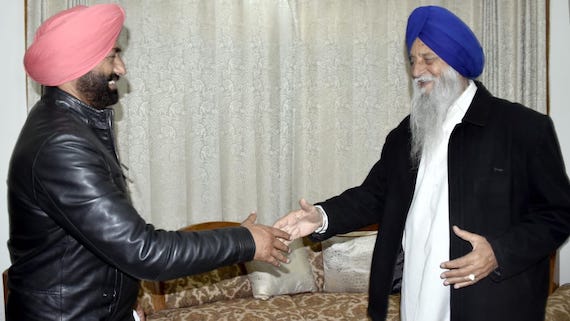 After paying obeisance at Darbar Sahib Amritsar, Sukhpal Singh Khaira went to residence of Ranjeet Singh Brahampura located near Khalsa College. After having formal hand shake both went to a separate room for talks. 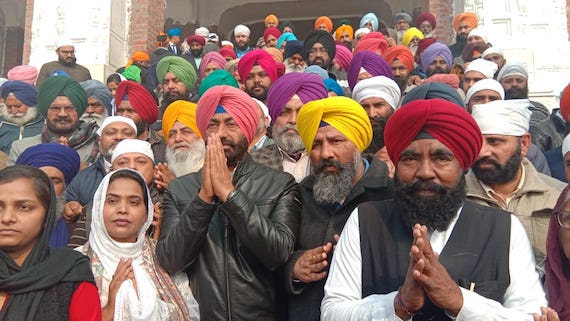 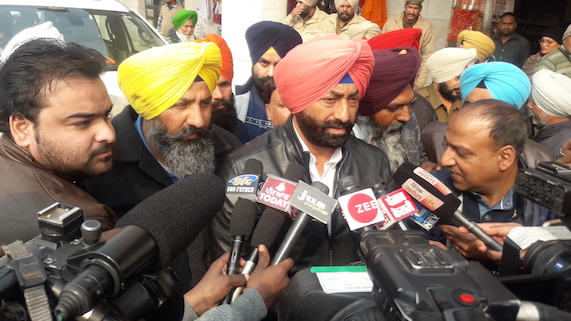 Sukhpal Khaira, who was part of the Congress party few years back, criticised Congress for June 1984 attack on Darbar Sahib and mass killings of Sikhs in November 1984. He said that the Congress had permanent black spot for June and November 1984 but now Badals have got similar black spot by conspiring and colluding with those who had committed  beadbi of Guru Granth Sahib.

He also criticised formed judge turned Aam Aadmi Party (AAP) leader Justice (Retd.) Zora Singh for not carrying out a proper inquiry into the beadbi incidents. It is notable that SAD(B)-BJP government had appointed Justice Zora Singh Commission to investigate the beadbi incidents along with Saka Behbal Kalan (the police firing incident) but his report was scrapped by Amarinder Singh led government saying that the report was inconclusive.

After joining AAP Zora Singh has been criticising Badals for not taking any action on his report.

Sukhpal Singh Khaira said that by not investigating the beadbi incidents properly, Zora Singh had also participated in the sins of Badals.

PEP chief also raised the issue of Badals’ control over the SGPC and said that Badals have ruined the Shiromani (supreme) status of the Sikh body.

During his visit Sukhpal Singh Khaira was accompanied by large numbers of his supporters and PEP leaders.