London: The Commission for Countering Extremism on October 7 published four further academic papers on extremism, taking the total number to 17 but has been forced to withdraw the “Academic paper on Sikh activism”.

The Sikh Federation (UK) wrote to Sara Khan, the independent Commissioner for Countering Extremism when the paper was published yesterday and today the paper has been taken down from the gov.uk website. 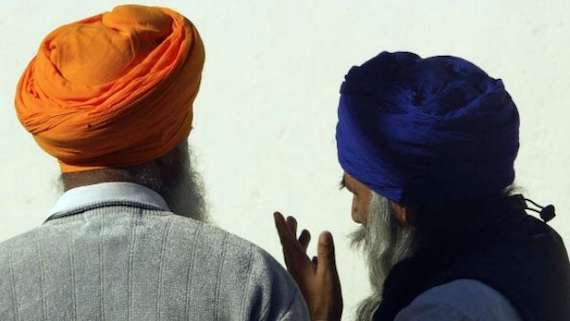 The Sikh Federation (UK) has asked what due diligence was undertaken by the Commission for Countering Extremism before the appointment of the two so-called academics as a simple google search would highlight their complete lack of independence and bias.

Bhai Amrik Singh, the Chair of the Sikh Federation (UK) said: “We requested a meeting in July with the independent Commissioner to point out its own “call for evidence summary” showed respondents were the least concerned with Sikhs compared to all other groups.”

“We do not understand why the Commission were committed to pushing ahead with the research and hellbent on publishing a report to try and bring the Sikh community into disrepute.”

“We had heard on the grapevine about the so-called academics that the Commission had appointed to look into Sikh extremism, some of the controversial figures in the community they were consulting and were quoted in the report that has now been taken down.”

“In July we raised concerns at a meeting with government officials looking at hate crime where one of the authors was present. At the meeting our principal adviser stated Sikhs did not understand why government were paying academics to investigate “Sikh extremism” given their own evidence showed this was a non-issue. In contrast it was admitted government funding earmarked for the Sikh community two years earlier to increase reporting of hate crimes targeting Sikhs and our religious institutions had not yet been applied.”

“Today we requested the Commission to immediately withdraw and redact parts of the report until the concerns raised are addressed and they have listened.”

“When we meet the Commissioner, we will also give our views on misrepresentation of Sikhs in the main “Challenging hateful extremism” report based on the Academic paper on Sikh activism.”

The Commission following legal advice took down the report, apologised and agreed to a meeting to discuss the concerns raised. Whilst the paper states at the start the views and opinions expressed are those of the author/s and do not reflect the official policy or position of the UK Government the Commission has acted quickly.

The Commission has recognised the publication of the report and the failure of the authors to clear the report for factual accuracy and consider wider legal ramifications has almost certainly landed the Commission in hot water, including prejudicing ongoing legal proceedings.

The Head of Secretariat and lead civil servant at the Commission for Countering Extremism is however arguing the Commission has not singled out the Sikh community.

The Sikh Federation (UK) has questioned the even-handedness of the Commission as no specific reports have been commissioned into other religious groups like Christians, Hindus and Jews where respondents to the Commission expressed considerably more concern than Sikhs.