Chandigarh: Punjab police chief Dinkar Gupta has been under fire from various sections for passing wrongful remarks against Kartarpur Sahib.

Notably, talking to The Indian Express on Friday (Feb. 21), DGP Dinkar Gupta had said: “Kartarpur offers a potential that you send somebody in the morning as an ordinary chap and by evening he comes back as trained terrorist actually. You are there for six hours, you can be taken to a firing range, you can be taught to make an IED”. 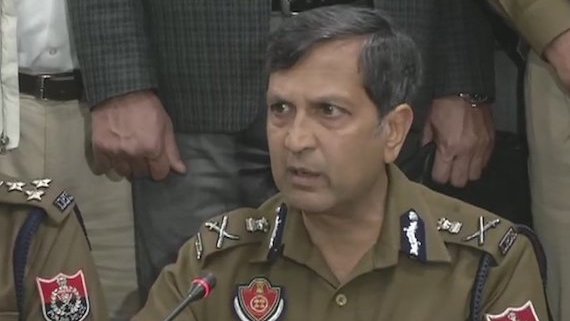 On Saturday, he was seen offering explanation for his remarks saying that his statement was “being misunderstood or being willfully misconstrued”.

But his utterances against Kartarpur Sahib triggered a wave of condemnation from Sikh personalities, Sikh organisations and leaders of various political parties. (READ – WHO SAID WHAT on DINKAR GUPTA’s UTTERANCES About KARTARPUR SAHIB).

In a Tweet posted today DGP Dinkar Gupta said: “In case any remark made by me has inadvertently caused any hurt to the people of my state, I express my sincere regret as it was never my intention at all. I only want to ensure a safe & peaceful environment in Punjab necessary for every citizen to flourish and prosper” (sic).