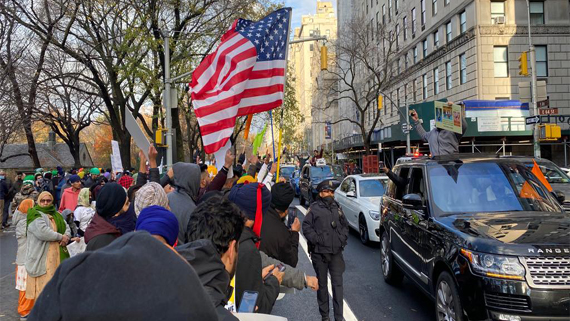 The Congressmen lead by Donald Norcross- Deputy Chairman of Democratic National Caucus, took a very serious note of this situation after seeing in the international press that protesting farmers from Punjab, who were marching peacefully to Delhi, were brutally subjected to water cannon attacks, barbed wire barricades, and tear gas by Indian security personnel. They strongly defended the rights of those in India and abroad who are currently protesting peacefully against agricultural laws that many Indian farmers see as an attack on their economic security.

Letter to Sec. Pompeo on India


The letter also raises particular concern to Sikh Americans linked to Punjab, although it also heavily impacts the Indian Americans belonging to other Indian states. Many Sikh Americans are directly affected as they have family members and ancestral land in Punjab and are concerned for the well-being of their families in India. They implored Secretary Pompeo that in view of this serious situation, we urge you to contact your Indian counterpart to reinforce the United States’ commitment to the freedom of political speech abroad.