Hartford,CT: GOPIO (Global Organization of People of Indian Origin), a Stamford (Connecticut) based group, along with Milan Cultural Association Inc. from Glastonbury, Connecticut held an event in Holiday Inn Hotel of Norwich, CT on Nov 15th 2019 at 6:30 pm where they celebrated 150 year anniversary of Mohan Das Karamchand Gandhi and 550th Parkash Gurpurab of Guru Nanak ji together at same time.

The Sikh Coordination Committee for East Coast has maintained that this event was secretly planned and invites were solely membership based. Not even single Connecticut Sikh Institution or local Norwich Sikh Community was informed or invited because Indian Consulate General Sandeep Chakraworty was scheduled to come as chief guest who had blamed Sikhs for their own genocide in his letter to Connecticut Legislators. 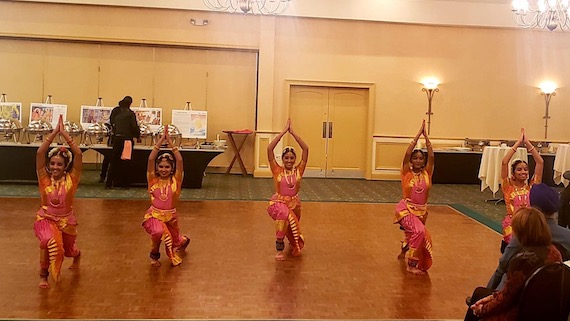 Some of the elected officials of Connecticut dropped out the idea of attending event After they find out the reality and how this event was planned politically with Indian Consulate who has already shown their anti-Sikh face to Connecticut Residents, SCCEC release reads. 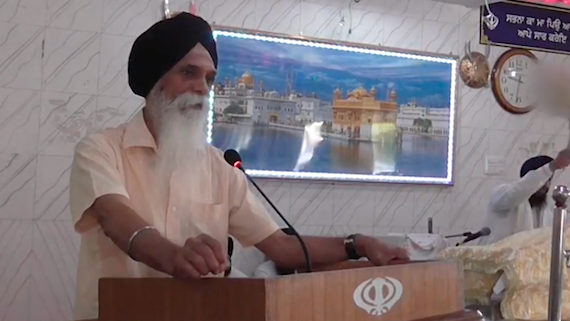 SCCEC said that [h]ypocrisy of Indian government was now being revealed as on one side Indian Consulate and GOPIO is even against Sikh Flag which is hoisted outside every Gurudwara and emailed Norwich City officials misleading information that lead to removal of Sikh Genocide Memorial on other side trying to celebrate Parkash Gurpurab of Guru Nanak Ji.

“As we know Mahatma Gandhi in academic world has been recognized as anti-black, racist and sex offender whereas founder of Sikh Religion Guru Nanak fought against RACISM and for equal rights for women”, reads SCCEC release.

“Guru Nanak was totally against caste system and always preached that we are all equal and we should recognize all human race as one”.

“Due to Indian Diplomats always trying to create disturbance among Sikh community and trying to interfere in Sikh political and religious matters Sikh Coordination Committee East Coast banned Indian diplomats to even visit Gurudwara in their Official capacity and that ban by 96 Gurudwara’s is still enforced”, said SCCEC.

Local Connecticut Sikh Community members says that they just want to live peacefully and pursue their religious and political aspirations while living in this free country without Indian interference.

Sikh body said that It was outrageous that Indian Consulate first attacked Legislation in regards to Sikhs, then Sikh flag, then Sikh memorial and now even the Sikh Gurus.