On the occasion of his seventh death anniversary, political activist from Amritsar Kanwar Pal Singh revisits the hanging of Afzal Guru through the eyes of Sunil Gupta’s book -Black Warrant. When Afzal Guru was sent to the gallows in the Tihar jail in Delhi, he was calm and collected, while the jailer who saw through his hanging -Sunil Gupta, ‘broke down and cried’ when he reached home.

“On 9 February 2013 at 6 am, it was time to tell Afzal Guru of his imminent death. We had seen each other around but there had been no conversation between us. I would see him reading books of different faiths- Gita, Quran and the Vedas. When he wasn’t reading, he was usually doing his prayers- unfailingly five times a day.” 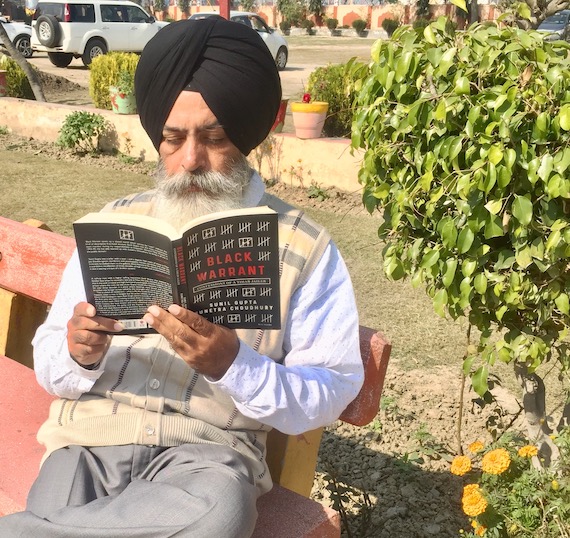 “With regret, I have to tell you that today is your hanging, the Superintendent informed Afzal. I know, I figured, answered Afzal.”

The details of the final hours of Afzal Guru as revealed by Sunil Gupta in Black Warrant, will make every Kashmiri proud. His composure in the face of death spoke of his belief in Allah and his ways as well as his commitment to the cause of Kashmiri nationalism. 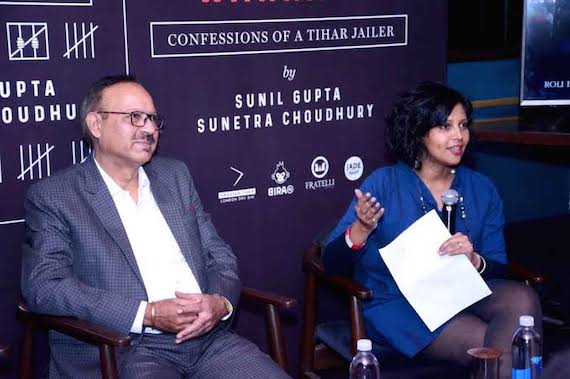 Sunil Gupta, who retired as a law officer of Tihar Jail in 2016, has penned unheard stories of the prison in his book “Black Warrant”, with award-winning journalist Sunetra Choudhry. He has compiled his experience at Tihar jail over a period spanning 35 years in what is considered as one of the most secure prisons of Asia. 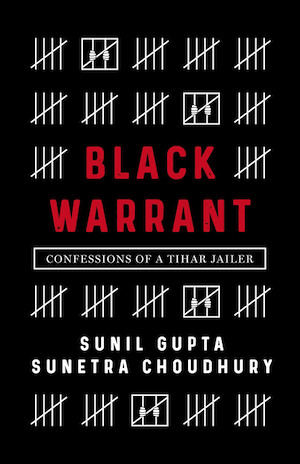 “We all sat down with him and asked him if he wanted tea. As we sipped it slowly, Afzal spoke calmly about his case. And then he started singing from the 1960’s movie Badal, “Apne liye jiye to kya jiye, tu ji ae dil zamane ke liye.” -What is a life worth, if it is lived only for oneself; it is a life worth living when lived for others.”

“There was no fear in his voice. There was just something about the way Afzal sang it, that I could not help myself. I sang along with him until he stopped and asked for some more tea. The man, who served tea in the prison had left and Afzal Guru, convicted in the 2001 Parliament attack, went to the gallows without his last wish fulfilled -a cup of tea.”

Before he was hanged, Afzal wrote a letter to his family saying, Asalam u alikum -Peace be upon you. I thank Almighty that he has chosen me for this stature. From my side, I want to congratulate all the believers. We all should stay with truth and righteousness and our end must also come on the path of truth and righteousness. My request to my family is that instead of grieving over my end, they should respect the stature I have achieved. Almighty God is your greatest protector. I leave you in Allah’s protection.

Afzal’s handwritten letter reached his family 26 hours after his hanging. 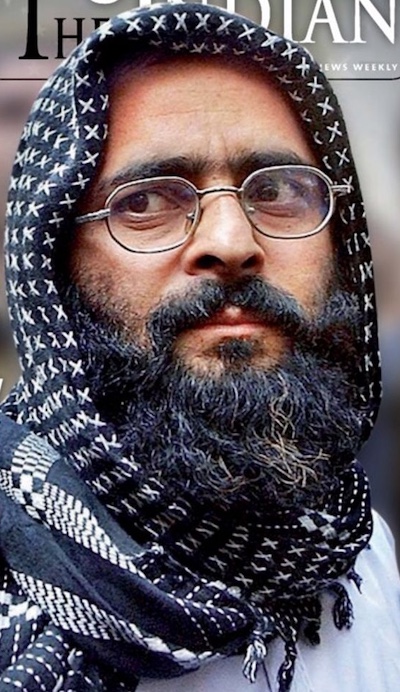 If you have a heart which has not been hardened by the Indian state then read the reaction of Sunil Gupta when he reached his quarters in the Tihar prison.

“After duty hours on reaching home, I threw out a rule I had always followed. I told my family about Afzal’s final hours, they all cried together.”

Gupta wrote that it was the first time that he broke down and cried. After that Gupta admits that he heard that song on YouTube “Apne liye jiye to kya jiye, tu ji ae dil zamane ke liye,” endlessly.

The jailer knew that anyone who referred to Afzal, called him anti-national but according to the author who has dared to share his thoughts in the current climate of fear, “Afzal was a good man who wanted to serve humanity and for his people to live peacefully.”

I will not hesitate to add that while reading the graphic account, tears rolled down my cheeks imagining the last hours of Afzal Guru and the last reaction of Sunil Gupta and his family.

Black Warrant author Gupta is of the unmistakable view that every aspect of Afzal Guru’s case was controversial. Everyone else arrested in the Indian Parliament attack case were acquitted, but he was not. The Supreme Court admitted that Afzal was not part of any terror group. The case against Afzal was a terror charge under POTA which needed clearance from the Centre but in this case, it was given by the Delhi government.

At initial stage, Afzal did not have a lawyer representing his case. At a later stage, veteran jurist Ram Jethmalani got involved and pointed out various loopholes in the police case and objected to awarding death penalty simply on the basis of a confession under POTA. While dismissing the review plea, the Supreme Court in its observations went beyond the scope of rule of law and unabashedly said, “the collective conscience of the society will only be satisfied if the capital punishment is awarded to the offender.”

Even Afzal in a letter to his lawyer pointed a finger towards the notorious cop DSP Davinder Singh for forcing him to help Parliament attacker Mohammad. But all his cries and confessions fell on deaf ears. The recent arrest of Davinder Singh while accompanying Kashmiri militants has vindicated Afzal’s revelations, but capital punishment makes it impossible for reversal of a wrong judgment based on a wrong premise. However, it can be said that if the Supreme Court had accepted the evidence in the letter, the judgement in the case would have been different with full chances of acquittal of Afzal Guru and unearthing of the real facts.

The revelations made by Gupta as to how the rules were circumvented to prevent a last personal interaction with his family are shocking and bewildering. Of course, if you are anti-Kashmiri, it is fine.

Gupta says that rules related to hanging are very clear -between the time that President Pranab Mukherjee dismissed the mercy petition and the date of the hanging, the prison authorities did not have the usual two weeks, but only six days. However, six days was definitely enough time to inform Afzal’s family and to allow for the last meeting, which was not done.

Gupta wrote that on February 6, three days prior to the hanging, after the President sealed his fate, a letter was sent by speed post by the Superintendent of Jail number 3 addressed to Afzal’s wife Tabassum. By the time, the letter reached Tabassum, it was too late- there was no action possible for the family.

The fact that his family was not allowed to see him before he was executed is the biggest tragedy. I say that the entire Tihar administration should be held accountable for not facilitating the last meeting with the family. The decision to hang him was conveyed to Afzal only an hour before his execution. Once the black warrant is signed, then it is clearly the responsibility of the prison authorities to follow the rule book, which clearly, they did not.

This hanging was shrouded in secrecy. It was an extrajudicial murder in which the President of India, the executive and the judiciary were complicit and they are answerable to Afzal Guru’s family, the Kashmiri people and to society at large.

Afzal Guru’s account in Black Warrant is one of the nine accounts in the book detailing the last hours, including Maqbool Butt, hanged in the case of the killing of an Indian envoy Ravindra Mahatre and Satwant Singh and Kehar Singh in the Indira Gandhi case.