Ottawa: On November 27, the Government of Canada announced that it is approving the resettlement of Sikh and Hindu refugees to Canada, who had fled Afghanistan due to religious persecution. These private sponsorship applications were spearheaded by the Manmeet Singh Bhullar Foundation and World Sikh Organization of Canada, along with community groups, and individuals carrying on the tireless work of Manmeet Singh Bhullar. 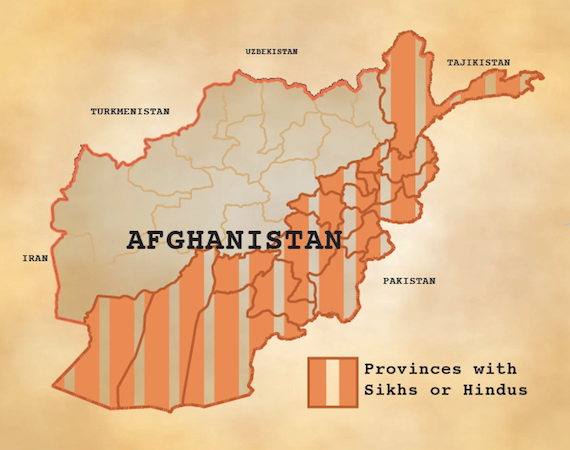 In 2015, through the World Sikh Organization of Canada, Manmeet Singh Bhullar learned about the plight of these children, women, and men. He began what was seen as an insurmountable task, by sharing with government officials in Canada and abroad, organizations, and individuals, the dire need to find a viable solution to the daily atrocities Sikhs and Hindus face in Afghanistan. He individually oversaw the safe exit of one family at a time from the province of Helmand into a neighbouring country. While settling them in and finding local organizations that would provide food, shelter, clothing, he knew that a permanent solution was needed.

In November 2015, after his passing, the Manmeet Singh Bhullar Foundation, through support from gurdwaras across the country, Sikh elected officials, friends and family, the generosity of the Sikh community at large, and the WSO, made a commitment to see this project through.

“The announcement by The Honourable Ahmed Hussen, Minister of Citizenship and Immigration, on behalf of the Government of Canada, is a welcome step towards completing the work Manmeet started. We look forward to hearing about immediate next steps. Manmeet’s vision has been carried forward by the collective work of many. Our thanks to The Honourable Harjit S. Sajjan and members of his team, who remain steadfast in their commitment to sharing this goal with us. Minister Sajjan has demonstrated leadership and conviction to the true principles of our faith through this work. Our sincere appreciation to Balpreet Singh and the WSO who continue to advocate alongside us, and the elected officials who gave voice to this project. To the gurdwaras and individuals across this country that have risen to the challenge and provided support for private sponsorship applications, your commitment leaves us humbled. The work continues for all of us and the true success will be the lives that are to be forever changed once these individuals become future Canadians, contributing to the fabric of our great nation.”

“We are delighted by yesterday’s announcement by Minister Hussen that the applications of privately sponsored Sikh and Hindu refugees from Afghanistan have been approved and they will be arriving early in the new year. We are grateful that, in light of the particular vulnerability of these refugees, the Government of Canada has expedited the processing of their files. The remaining Sikhs and Hindus in Afghanistan, who now number less than 1,500, face growing persecution and hardship – we are hopeful that steps will be taken to also bring them to safety. We are thankful to the Manmeet Singh Bhullar Foundation and our other community partners for carrying on the critical work that Manmeet started.”