San Francisco, USA: Over 10,000 Sikhs Expected to Attend Ghallughara Memorial Parade in San Francisco next week. The parade in San Francisco from 1:00-4:00 pm on June 11, 2017 by the Bay Area Sikh community commemorates the martyrdom of Guru Arjan the fifth Guru of the Sikhs and the 33rd anniversary of the Indian government’s attack on the Darbar Sahib, Amritsar and other Sikh Gurdwaras in Punjab and neighboring states in June 1984. 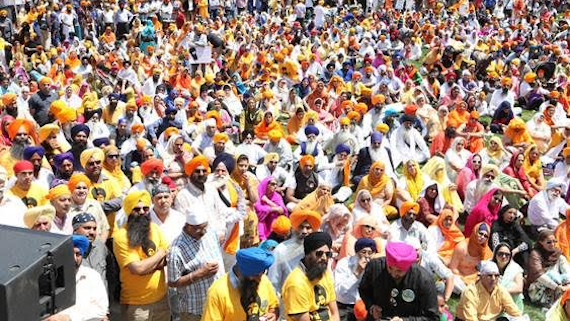 The event is one of significant importance for the Sikhs with strong historical implications. This event shines a light on the recurring theme of human rights violations of minorities in India.

More than 10,000 Sikhs from the Bay Area, Sacramento and Central Valley are expected to attend the event. The parade highlights the fact that even after 33 years the religious and economic demands of the Sikh minority remain unaddressed and thousands of Sikhs are still sitting in jails to this day without being charged for any crime or wrong doing.

Minorities in India continue to be persecuted and the victims of Sikh genocide that occurred in Delhi and other cities in November 1984 are still waiting for justice.