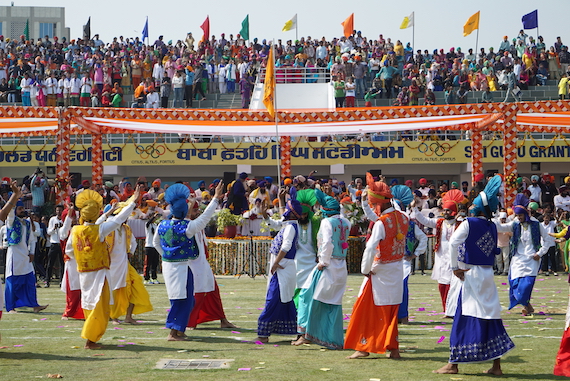 The the day sports extravaganza is being held under the aegis of Shiromani Gurudwara Prabandhak Committee (SGPC) and will witness over 3500 athletes from over 35 SGPC institutions testing their mettle in various porting disciplines like hockey, football, basketball, kabaddi, Gatka, Weight lifting, athletics etc.  The inaugural function began with Shabad Gayan performed by the faculty and students of University’s music department.

Member of Parliament, S. Sukhdev Singh Dhindsa graced the occasion as the chief guest and declared the games open. In his address to the athletes and other dignitaries he said that the said games, now in their 12th edition were conceptualized to instill in students a habit of healthy living. He said that the youth should know the importance of games and this event helps them connect with their cultural roots. The Parliamentarian was of the view that Institutions of higher learning should serve the dual purpose of giving world education and promoting sports culture as well. 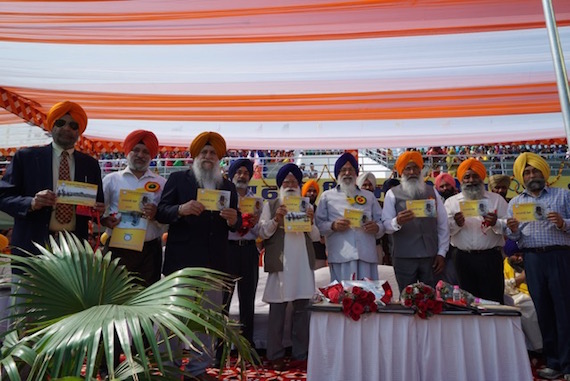 S. Dhindsa congratulated SGPC president and Chancellor of the University Jathedar Avtar Singh, Vice Chancellor Dr Gurmohan Singh Walia, staff members and students for starting the games on such a high note. Chancellor of the University and President of SGPC, Jathedar Avtar Singh  gave the presidential address and said that it gives him immense pleasure seeing young students taking keen interest in sports and through these games SGPC hopes to manifest the restless energy of students into something creative and productive.

Vice chancellor of the University Dr Gurmohan Singh Walia that his heart has filled with pride seeing the athletes who have come from far off places to be a part of this sporting event. The Vice Chancellor said that the through these games the University hopes to motivate the youth of this region to opt a healthy lifestyle.

Dr Walia said that the drug menace which is plaguing our society needs to curbed and promoting sports is the only way to stop this menace. Also present on the occasion Director Education SGPC and Principal Khalsa college, Patiala Dr. Dharminder Singh Ubha said that it is really a matter of joy to see the level of competition in Khalsai games has risen exponentially through the years. He told that the number of teams and athletes participating in the tournament has doubled in the last ten years.

Earlier in the day, Dean Academic Affairs and Director sports, Dr Kanwaljit Singh, welcomed all the guests, SGPC member, media persons and students as Athletes from all the institutions participated in the march past. The students of the University, under the guidance of Director Youth welfare Sarpreet Singh, organized a cultural show comprising of Gatka, Bhangra and Sufi poetry.

For taking care of the athletes and to medical aid during the games, the physiotherapy department of the University, under the supervision of Dr Pankajpreet Singh set up a first aid camp. On the occasion the University also honoured famous international Sikh players who have made the country proud on the international stage. The athletes who were honored were Hockey Olympians and Arjuna Awardees S. Ajeet Singh, S Varinder Singh & S. Surinder Singh Sodhi, Athletics Asian Champion and Arjuna Awardee S. Balwinder Singh and international hockey player Navpreet Kaur.

Deputy Commissioner, S. Kanwaljit Singh Sangha and Principals from different Institutions were also honoured on this occasion. At the end of the gala opening ceremony, the University honoured all the college principals, SGPC members and other dignitaries who came from all over the country to be a part of these games. Also present on the occasion were SSP Fatehgarh Sahib S. Tejinder Singh Khaira, Deputy Commissioner Fatehgarh Sahib S. Kanwaldeep Singh Sangha and Head Jathedar of Budha Dal, Baba Balvir Singh.