New Delhi: The Sikh genocide 1984 surviver Cham Kaur, 70, deposed in an Indian court against accused Sajjan Kumar. The Indian politician is facing trial for instigation the massacre of Sikhs in Delhi.

Bibi Cham Kaur deposed in the court of district judge Poonam Bamba that on the morning of November 1, 1984, when she went out of her Sultanpuri home to look for her goat, she heard Congress leader and then MP Sajjan Kumar instigating the crowd in the local park “to kill Sikhs”. 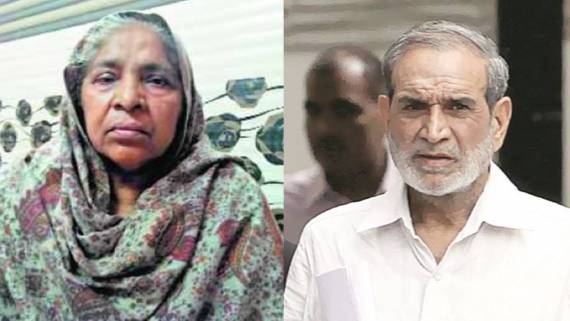 “I saw Sajjan Kumar addressing the crowd. He was saying ‘hamari maa maar di, sardaron ko maar do’. I returned home and alerted the neighbourhood. We hid on the second floor of the house through the night. On November 2, 1984, subah subah hamlaa aa gaya… bahut aadmi the (several attackers descended at dawn). My son Kapur Singh and father Sardarji Singh were pulled out of hiding, beaten up mercilessly and thrown off the second floor,” she reportedly told the court.

Bibi Cham Kaur also identified her signatures on a September 7, 1985, affidavit filed before the Ranganathan Commission in which she had named Sajjan Kumar as the accused. Nothing came out of that complaint. The case was reopened in 2005 on the recommendations of Nanavati Commission.

It is notable that Indian state has adopted the policy of denial towards the 1984 Sikh genocide. The culprits of 1984 were granted impunity by the Indian state only a few cases actually went to trial.