In 2010, I wrote a cover story on innocent Dalits and tribals in interior Maharashtra who were tortured and labelled as Naxals on false charges. One of my case studies in the investigation was a Dalit poet who was mocked by the cops for wearing jeans and aspiring to be like his upper class counterparts. This was shocking but unusual, this was the ugly truth about caste in India, a story not told very often.

When Tamil superstar Rajinikanth’s film Kabali released in July last year with huge fanfare, one of the aspects that struck a chord with critics and many like me was the very significant Dalit subtext in the film. The blockbuster starred one of the biggest superstars in Indian cinema. Southern states announce a holiday when a Rajinikanth film releases; every word and action spoken by the actor in reel and real world is taken by many as a word of authority. So when Rajinikanth portrayed a character who spoke of class equality, the message went to the masses loud and clear without any blinkered political connotation.

Kabali opened with a scene in which Rajinikanth reads “My Father Baliah” a memoir by Dalit thinker Satyanarayana on Dalit lives and their struggle in India. For Tamil cinema, heavily endowed with Dravidian symbols, this was a revolutionary change for a film of this league. In a review of the film , the website The Wire wrote “Through Rajnikanth’s portrayal in Kabali of a conscious underclass hero who understands the nuances of Ambedkar wearing suits, this symbolism has entered the Tamil film industry as a major revolution.” 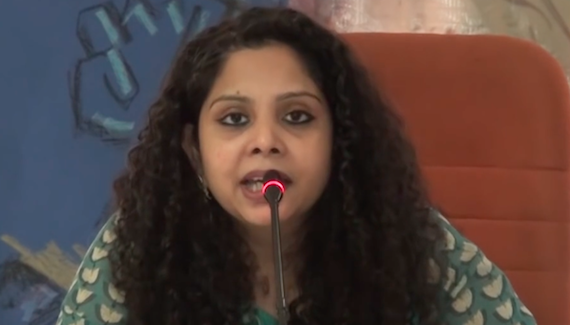 In the last four months, one of India’s biggest superstars, Shah Rukh Khan, has acted in three back-to-back films, each time playing a Muslim character. There is his powerful cameo in Ae Dil Hai Mushkil, where he is Tahir Khan to Aishwarya Rai’s Saba; he is also Jehangir Khan in Dear Zindagi; now, he is the much-awaited title character in Raees. The film’s trailer has Shah Rukh Khan speaking the by-now popular dialogue “Baniye ka dimaagh and miyaan bhai ki daring” (the acumen of a Baniya, the courage of a Muslim) asserts the Muslim identity he has in the lead role.

Shah Rukh has never quite underplayed his religious identity in real life either. From clearing misconceptions about Islam in a post-9/11 column, to talking about his faith on various occasions, he has also been at the receiving end of political ire for his sentiments. It was his strong conviction about the injustice of religion-based discrimination that had Karan Johar cast him as Rizwan Khan in My Name is Khan where he is a man who wants to clear the tag of terrorism associated with his faith. In the 2007 hit film Chak De India, he was Kabir Khan, a disgraced hockey captain who faces religious discrimination and the ignominy of having to prove his patriotism despite his endeavor to win laurels for his country. In the film, the me`dia portrays Kabir Khan as a captain who compromises a match in favor of Pakistan, and his neighbours then dub him a traitor.

Uncannily, in real life, Shah Rukh Khan was questioned by the right-wing in India over his patriotism when, in an interview in 2014, he said he was pained by the intolerance in the country. Posters of the star were burnt and five-time MP Yogi Adityanath asked him to move to Pakistan. Life imitated art, or, in Shah Rukh’s case, he wanted art to imitate life to clear the misconceptions about minorities and to bring us face-to-face with discrimination in the country. Appearing on NDTV with Barkha Dutt in March 2010, debating the concept of moderate Muslims with Muslim scholars and filmmakers Alyque Padamsee and Bollywood’s Soha Ali Khan and Kabir Khan, Shah Rukh spoke of the need to break stereotypes and clichés in Hindi films, something which he claimed to do with My Name Is Khan.

In a country where it is rare to find a Muslim or a Christian character as the lead in films, with minorities usually reduced to caricatures and stereotypes, the fact that the biggest star plays a Muslim in three simultaneous films is a strong message to a country, a rebellion that needs to be noticed and lauded.

In two of his three films, Ae Dil Hai Mushkil, where he has a significant cameo, and Dear Zindagi, where he plays a psychologist/life coach to Alia Bhatt’s Kaira, nothing in the characters played by him betray elements of Islam. And that perhaps is the beauty of this new-wave reiteration of identity. That the Muslim character is normal, he’s just another high-profile artist or a shrink based in Goa who could have well been a Raj Malhotra or a Rohan Fernandes. At a time when Vidya Balan reportedly walked out of a film based on writer Kamala Das (who converted to Islam), allegedly due to right-wing pressure, this assertion of identity is brave.

In the 80s, the Hindi film industry produced films that had a Muslim character central to the film. Remember Naseem and Salim Langde Pe Mat Ro, both directed by Saeed Mirza? But these films were meant for alleged alternate-cinema consumers. They were slotted for the critics’ award category. Popular culture and films bore few exceptions to the norm.

Shah Rukh Khan, the quintessential Bollywood romantic hero, has in the last few months tried to state that it is as cool to be Tahir as it is to be a Rahul or Raj and Muslim characters don’t have to be accessorized with skull caps. It is important to reiterate the new normal when, in every second blockbuster film, and I do not just mean the neo-jingoistic films of the 90s but our nationalistic films in recent times, those complicit in every terror act, belong to the Muslim community or connote to it.

When those who can and are in power refuse to engage, allowing ignorants hold centre-stage in dialogues on sexism, religion, culture and social norms, when those in power are forcing the narrative to fall in the realm of stereotypes, this reassertion is a timely reminder of the normal.

Shah Rukh Khan and his league must be thanked for this new normal. And very brave.

About Author: Rana Ayyub is an award-winning investigative journalist and writer. She is the author of ‘Gujarat Files’, a book on the anatomy of coverup After genocidal violance against Muslims in Gujarat in 2002.)

Note: Above write-up was previously published on the website of NDTV. It is reproduced as above for the information of readers/visitors of the Sikh Siyasat News (SSN).