Gobindgarh: Around hundred activists of Shiv Sena had planned to disrespect Sikh martyrs by burning effigy of Sant Jarnail Singh Bhindranwale at Mandi Gobindgarh. According to sources, Hindutva activists were “angry” over construction of June 1984 martyrs memorial build inside Darbar Sahib complex. 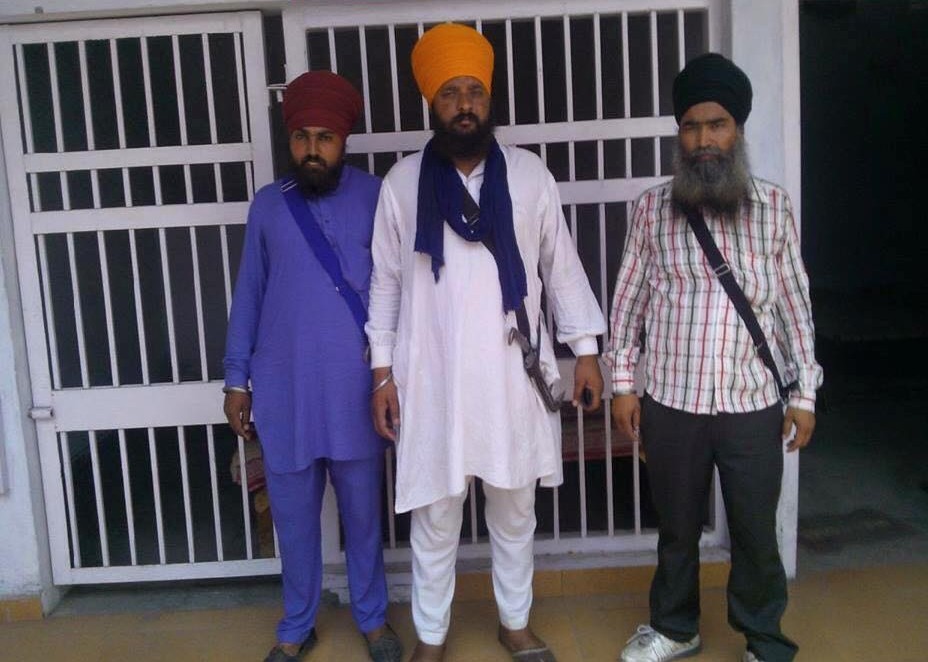 The incident took place on May 17. Shiv Seniks raised slogans against Sikh martyrs and tried to burn an effigy of Sant Jarnail Singh Khalsa Bhindranwale. According to local sources, three Sikhs namely Ranjit Singh, Gurjit Singh and Rajbir Singh challenged Shiv Seniks. After the altercation these three Sikhs made around hundred Shiv Sena activists to flee from the scenes.

The police had reportedly arrested Ranjit Singh, Gurjit Singh and Rajbir Singh after the incident. They were later released as Sikh sangat protested against their arrest.