31 Years After Enforced Disappearance Killing of A Sikh Youth, Cops Sentenced to 10 Years Imprisonment for Abduction

Chandigarh: A special CBI Court of Harinder K. Sidhu on 31st of January 2022 convicted former Inspector Major Singh, then SHO of police station Sadar, Tarn Taran for the kidnapping, abduction, illegal detention and disappearance of Santokh Singh in 1991. The convicted cop is sentenced to 10 years imprisonment with Rs 50,000 fine under Sect 364 and section 344 sentenced to 3 years imprisonment and Rs 20,000 fine.

The victim Santokh Singh of Village Jaspal, near Mehta in district Amritsar was an employee of the Butari Sub Division of Punjab State Electricity Board.

On the evening of 31 July 1991 he returned home from his duties at 8:30 pm, the accused Inspector Major Singh along with a police party from PS Sadar, Tarn Taran raided his house. 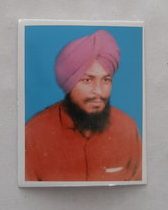 Santokh Singh was taken in front of his mother Swaran Kaur, his wife Rajwinder Kaur who was carrying their new born baby son at the time. Both women raised the alarm and a number of neighbors and witnesses from the village saw Inspector Major Singh tying the hands of Santokh Singh who was taken to police station Sadar. He was kept in illegal custody where other inmates witnessed his severe torture, they described his condition as critical, he was unable to eat or drink due to his tortured condition.

Swaran Kaur pleaded for the release of her son and had even approached then SP Operations Khubi Ram who did not deny that he was in their custody and had promised her that her son would be released.

After his prolonged detention and torture, he was not seen of or heard from again. 87 year old mother Swaran Kaur has fought a relentless battle for truth and justice for her son.

In its judgement the CBI court observed: “[i]n the present case, from the perusal of the entire evidence led by the prosecution, it cannot be said that the act of the accused Major Singh was in discharge of his official duty. The custodians of law are to protect the public and it is not part of their official duty to torture the persons in their custody and then kill them or to prepare incorrect record in order to save themselves from their illegal acts”.

Thousands of Sikhs, mostly youth, were eliminated by Indian forces during the 1980s-90s. The black deeds of Punjab police also find mention in US diplomatic cables leaked by Wikileaks.

In Mohali, Special CBI courts are trying some of the cases related to crimes against humanity committed by Punjab police officials. Most of the incidents date back to the late 1980s or early 1990s. These are a few cases that were handed over to the CBI for investigation. The CBI had completed its investigation in late 1990s and cases were registered against accused cops. The trial process had remained stayed by the Supreme Court of India for 14 years. The SCI had imposed a stay on trial back in 2002 and the apex court of India took 14 years to decide a petty technical issue. The stay was lifted in 2016.

CRIMES AGAINST HUMANITY & GENOCIDE ARE NOT CRIMES in INDIA: