71 Years Old Sikh Attacked in Manteca (California); Sikhs Disturbed Over Back to Back Attacks

California, USA: On August 6 in Manteca, California, Sahib Singh was the victim of an attack while taking his morning walk. The 71-year-old man was hit severely causing him to hit the cement street.

Reacting to the incident, the National Sikh Campaign said: [t]his sad act of cruelty is just the latest example of violence, bullying and abuse against Sikh Americans.

Recently in Turlock, California, Surjit Singh Malhi was also brutally assaulted while putting up campaign yard signs in his local community. A video has gone viral of this elderly Sikh being beaten up. 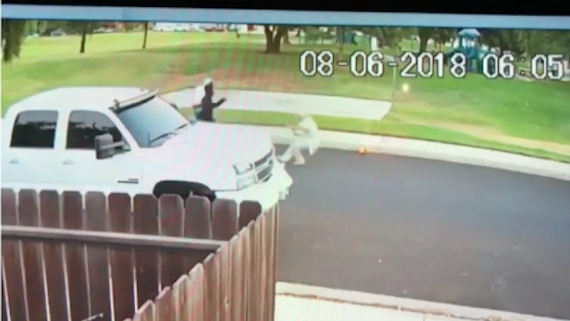 Dr. Rajwant Singh, co-founder of National Sikh Campaign (NSC) stated, “We are disturbed and appalled by the recent attacks on Sikh Americans. The fact that Sahib Singh was assaulted and had his turban ripped off his head should be a peaceful call to action for our community and the many supporters of our campaign — Sikhs and non-Sikhs alike — to take a more active role in combating hate . This situation serves as a painful reminder that there is still much work to be done in bringing Americans of all faiths, colors, and communities together.”

“[The United States] is going through an incredible time of polarization and hateful rhetoric has been increasingly inserted into public discourse. The Sikh community can be an easy target for people who are either enraged or misguided. We hope that civic sense prevails in this nation and we continue to make this nation stronger and more harmonious.”

Gurwin Singh Ahuja, Executive Director of NSC, said, “We wear our turbans to stand up against inequality, injustice and the poor treatment of the oppressed. We launched National Sikh Campaign & We Are Sikhs last year so that more Americans could hear about their Sikhs neighbors, what we stand for and the contributions we make to our communities.