Toronto/ Chandigarh: Two MLAs of Aam Aadmi Party (AAP) were reportedly denied entry into Canada on Sunday. The Canadian authorities reportedly detained them for questioning and they were sent back to Punjab shortly after they landed in the country on a private visit.

Sudeep Singla, AAP spokesperson in Toronto, reportedly confirmed that the MLAs were “sent back” after questioning.

“What we have learnt is that both were to stay with the sister of Kultar Singh Sandhwan in Ottawa and she was waiting to receive them. However, after hours of questioning, she was informed that both were being sent back”, a report in the Indian Express (IE) quotes Sudeep Singla. 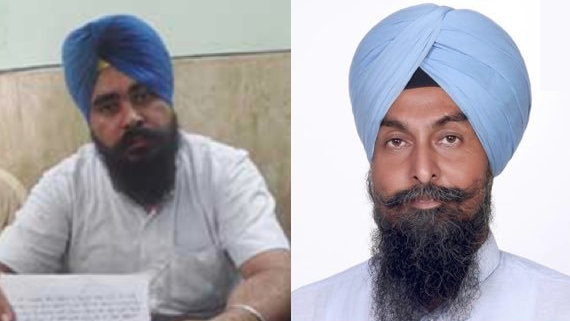 He said the exact circumstances could only be known after speaking to the MLAs. “We tried to speak to Canadian authorities but could not,” he said.

Kamal Garg, AAP social media manager based in Vancouver, reortedly said it was incorrect to say that the MLAs had been deported. “Deportation is a wrong term. The two have been denied entry into Canada. I have learnt that while Sandhwan was able to satisfy Canadian authorities on the purpose of his visit, Sandoa could not because he is not fluent in English,” Indian Express (IE) quotes Kamal Garg.

State co-president of AAP Dr Balbir Singh said he was not aware of the two MLAs being sent back. He said both had taken permission from the party before leaving for Canada on a private visit. “We will only find out what happened after they get back,” he said. Leader of Opposition, Sukhpal Singh Khaira, said he had called a meeting of all MLAs on Tuesday to discuss the development along with other party issues.

A senior AAP leader said it was possible that one of the MLAs said something about political meetings while speaking to Canadian authorities.

Ropar MLA Amarjit Singh Sandoa, who was recently in news when he alleged that he was attacked by sand mining mafia, is facing allegations of molestation by a woman and a court framed charges against him last Friday, just a day before he left for Canada. It is not known if this may have been held against him by the Canadian authorities. The other MLA does not have any criminal case pending against him.