Chandigarh: Punjab Chief Minister Amarinder Singh has welcomed the proposed elevation of Rahul Gandhi as Congress president, describing it as a step in the right direction to revive the party’s fortunes ahead of the 2019 Lok Sabha polls. 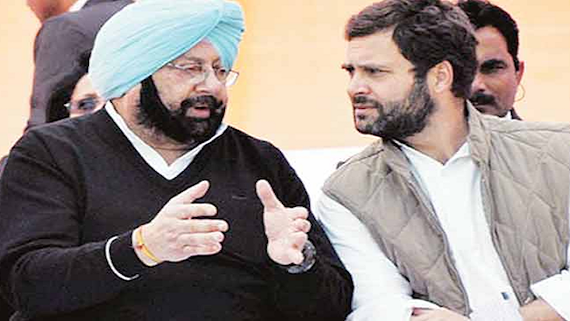 Talking to mediapersons here, the Chief Minister said the party elections announced today and Rahul Gandhi’s elevation were long overdue. It was time to pass on the baton of the party affairs into the able hands of Rahul, who was mature and competent enough to lead the Congress into the next Parliamentary elections.

Responding to a question, Amarinder Singh said he was completely in favour of promoting youth, in whose hands lay the future of the party and the country. Pointing out that the Congress in Punjab had fielded the maximum number of youth in the last Assembly polls, the Chief Minister said it was in national interest to infuse young blood into the polity.

Furthermore, he pointed out that he had always been in favour of Rahul taking over the party’s reins in order to inject the much-needed dynamism into it. He had all the qualifications needed to provide strong and visionary leadership to the Congress, he added.