In a press statement issued from party headquarters, the AAP state unit president Bhagwant Mann and core committee chairman Principal Budhram said that the new appointments have been done after consultations with the core committee, president of kissan wing Kultar Singh Sandhwan and other senior leaders of state. 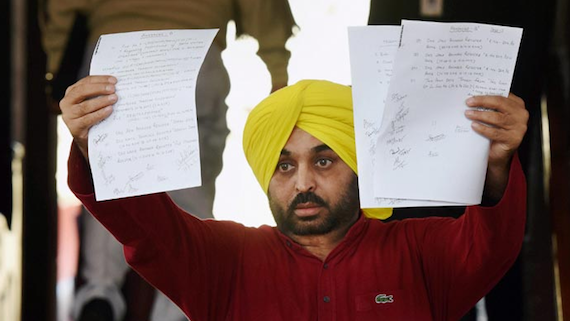 Bhagwant Mann claimed that the appointments will further strengthen the organization in state and AAP will fight upcoming Lok Sabha elections with full strength.

He said that Gurpreet Singh Sachdeva is appointed as state unit Joint Secretary of the Aam Aadmi Party.