Chamkaur Sahib: As per media reports the Aam Aadmi Party (AAP)’s conference at Chamkaur Sahib on the occasion Shaheedi Sabha attacked around three thousands people while the attendance at ruling Shiromani Akali Dal (Badal)’s conference was below three hundred. 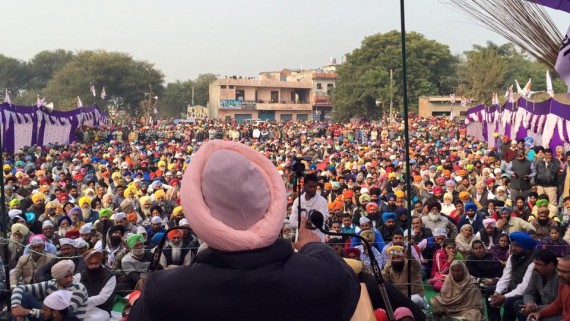 A view of AAP conference at Chamkaur Sahib

“Meanwhile, at the SAD conference, a majority of the leaders confined themselves to speaking on religious issues and the importance of Jor Mela. MP Chandumajra, while referring to recent sacrilege incidents and unrest, said there was a conspiracy to harm the reputation of Sikh institutions including the Akal Takht and the SGPC”, notes The Tribune.

SAD (1920) and the Congress party also organised conferences at Chamkaur Sahib while the SAD Amritsar (Mann) led by S. Simranjeet Singh Mann did not held a conference this year.