Chandigarh: The Aam Aadmi Party (AAP) today denied any link to a poster circulating over social media under it’s name. The Punjab unit of the Aam Aadmi Party issued a press release to clarify that it had no link to poster which says that the Aam Aadmi Party would observe birthday of Sant Jarnail Singh Bhindranwale. The AAP party maintained that the poster was part of (alleged) conspiracy hatched by it’s political opponents. 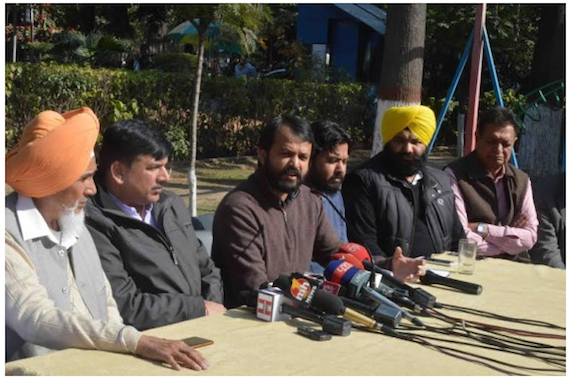 Meanwhile, the new runner in Punjab political also announced to launch its Punjab Dialogue from March 15, which will include the people of Punjab in formation of AAP’s manifesto.

It has announced to hold 10 Punjab Dialogues from 15th March to 15th Aug in 117 constituencies in 150 days.