Prof. Baljinder Kaur, AAP MLA from Talwandi Sabo and Punjab unit’s Women wing chief, has been nominated as the party’s Lok Sabha candidate from Bathinda for the high stake election. 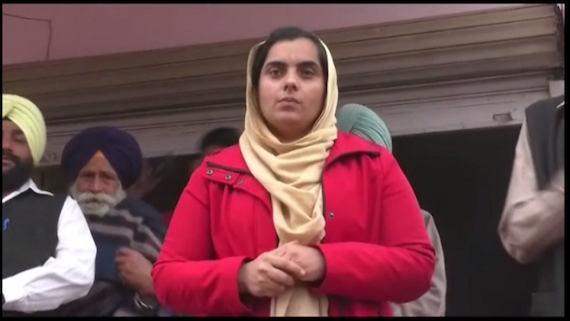 In a statement issued from party headquarters in Chandigarh here, the AAP announced that Prof. Baljinder Kaur will contest the 2019 Lok Sabha election on AAP ticket from Bathinda.

Born and brought up at Jaggaram Tirath village falling in the Talwandi Sabo region of Punjab, Baljinder Kaur got married recently to Sukhraj Singh Bal, also AAP’s MLA and Majha youth wing president of the party.

A postgraduate in English and M.Phil, Baljinder Kaur had a brief stint as a teacher in Mata Gujari College at Fatehgarh Sahib, before joining the Aam Aadmi Party. She had contested from Talwandi Sabo Assembly constituency on AAP ticket in 2017 election and won the seat with a margin of fourteen thousand votes.