Chandigarh: The Punjab police have reportedly arrested four youths from Banga (Nawanshehar District) alleging that they were conspiring with the Pakistan’s agency ISI. The arrests seem to be continuity of the Punjab police’s action against those advocating the idea of Sikh independence over social media.

Like previous instances, the Counter Intelligence Wing of Punjab police claimed that the arrested persons were planning to create communal unrest in Punjab.

The Jalandhar and Nawanshahr officials asserted that they arrested Manvir Singh, Jaspreet Singh, Sukhwinder Singh and Randhir at a naka at Gunachaur village on Monday in a joint action. 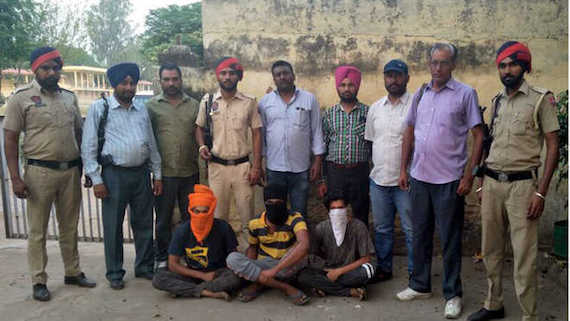 The police reportedly said that they are residents of Khan Khana village in Nawanshahr district. They were produced before the judicial magistrate, who remanded them in four-day police custody.

It is reported in the media that the cyber cell of the wing of the Punjab police had been tracking a Facebook page titled ‘Referendum 2020’, and those arrested were active on the social media.

The police termed the arrested persons as a “module” and claimed that they had made a Facebook profile under the name of ‘Fateh Singh’ on Facebook and they were running a social media campaign through one Deep Kaur, purportedly based in Malaysia.

The AIG Intelligence, Jalandhar, HPS Khakh, alleged: “Deep Kaur had created a WhatsApp group of these youths and was inciting them to do unlawful activities. She introduced them to her leader, ‘Fateh Singh’, who directed them to set liquor shops and buses afire and later paste posters of ‘Referendum 2020’ at these places.”

The police officials maintained that the arrested youth had pasted the posters on walls in various areas of Banga. A case has reportedly been registered at Banga Sadar police station under Sections 436, 511 and 120-B of the IPC. […] The copy of FIR no. 26 registered at Sadar Banga police station is available on the website of Nawanshehr police. (Last updated on April 5, 2018 @ 10:35 am).