ADGP to supervise probe into attacks on Shiv Sena, RSS leaders in Punjab 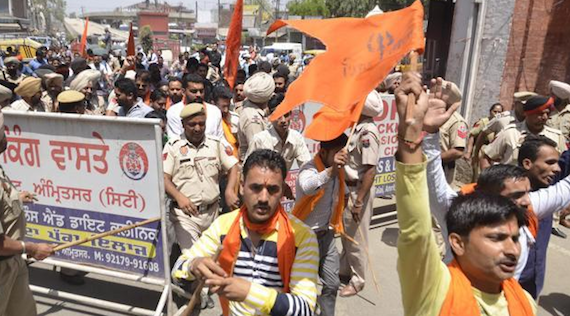 According to the police there is an increase in attacks on leaders of Hindutva bodies in Punjab. Police is reportedly under pressure after a leader of Punjab Shiv Sena’s labour wing was shot dead by two unknown assailants on Saturday at Lalhedi Chowk in Khanna.

Khanna SSP Satinder Singh says the police is working on various angles and hoping to get a lead soon in Khanna murder case.