Chandigarh: As per the media reports a debt ridden farmer attempted suicide by consuming poison in front of Punjab finance minister Parminder Singh Dhindsa’s residence on Monday (Dec. 20) at around 1pm. The incident took place during a protest held by 13 farmer and labor unions. He was rushed to the civil hospital and doctors termed his condition to be critical. 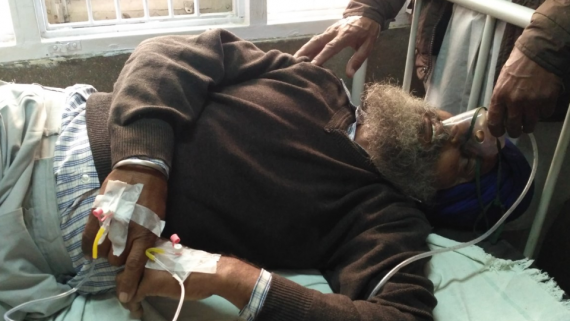 As per media the farmer was identified as  Darshan Singh, 50, resident of Saddopur village near Malerkotla. “He is serious and we are going to refer him to Government Rajindera hospital, Patiala” said, Dr Baljit Singh, medical officer, civil hospital Sangrur.

Media reports futher said that “as many as 13 farmer and labour unions held demonstration in front of the residences of Punjab cabinet ministers on Monday and the outfits were agitating for their long pending demands including alleged Dalit atrocities, demonetisation and farm debt waiver.”

Whist talking with the Hindustan Times (HT) Nahar Singh, leader of Bhartiya Kisan Union (Ugharana) said “He was upset due to the loan of around Rs 15 to Rs 20 lakh of different banks and moneylenders,”furthermore The anti- farmer policies of state government have forced farmers to take such steps” said the leader.