Amritsar: The Punjab police today presented Bikramjit Singh of Dhariwal village before the court of Sub-Divisional Judicial Magistrate (SDJM) Radhika Puri in case FIR No. 121/18 registered at police station (PS) Rajasansi on 18 November 2018. The FIR pertains to the incident of a blast in a Nirankari Bhawan at Adliwal village near Rajasansi in which 3 people were killed and around 15 were injured. 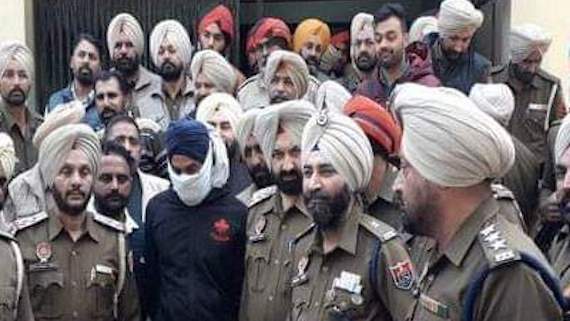 Advocate Jaspal Singh Manjhpur and Advocate R. S. Chhina, who appeared as defense counsels of Bikramjit Singh strongly opposed the remand plea. The defense counsels highlighted that there was no recovery whatsoever from Bikramjit Singh for past five days of interrogation. The defense argued that in today’s Punjab almost everyone have contacts in foreign countries as many people from Punjab are living in foreign countries and its normal for people to talk to their friends, family members or relatives living abroad. They said that police do not have any solid or specific reasons to seek 15 days remand of Bikramjit Singh.