Toronto/ Chandigarh: Punjab Congress chief Captain Amarinder Singh’s visit to Canada is under cloud. Captain who was scheduled to leave USA for Canada on April 23, did not board the plane. As per a prominent Punajbi vernacular, top office bearers of Indian Overseas Congress in Canada are also unclear about Amarinder’s plans to visit the country. It further adds that all the meetings in which Capt. Amarinder was to take part on April 23 were cancelled.

Meanwhile a human rights group, Sikhs For Justice, says that it would continue with its efforts to secure court summons against Capt. Amarinder Singh over allegations of human rights abuses in Punjab. 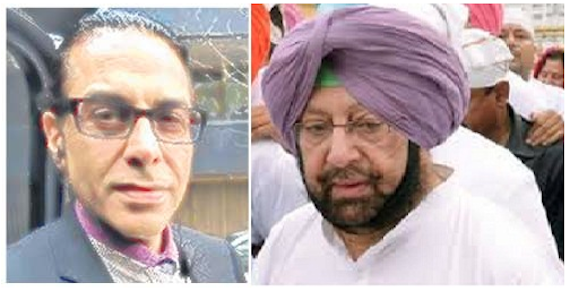 The victim swore a “private information” charging Capt. Amarinder with the crime of being a party to inflicting torture under section 269.1 of the Criminal Code, Pannun told SSN.

The information was sworn on the basis of the belief of the victim and SFJ that Capt. Amarinder was present in Toronto, Canada, as he had planned.

The victim and his counsel intend to return to court upon confirmation of Capt. Amarider’s presence in Toronto, he added.