Tamil Nadu, India: A release by Amnesty International India says [t]wo crude bombs were hurled at Tamil news channel Puthiyathalaimurai news channel’s headquarters on March 12 morning. This attack seems to be an attempt to intimidate the media. Police must probe and arrest suspects involved in the crude bomb attack on.

“On Sunday Puthiyathalaimurai News channel faced attacks from a group for its proposal to telecast a show on relevance of mangalsutra. Chennai police must ensure that media outlets in the city be allowed to function without any fear of attack”, said Durga Nandini, Chief Media Officer at Amnesty International India. 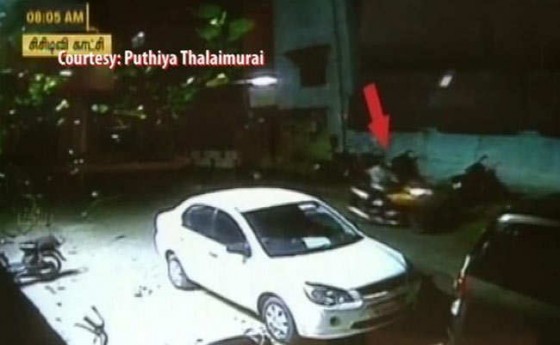 Notably a man, claiming to be the head of a pro-Hindu outift, has owned up responsibility for the attack on the office of a Chennai-based Tamil news channel this morning, and surrendered to the police in Madurai. Jayam Pandian turned himself in, saying he headed an outfit called the Hindu Youth Sena and claimed that he was behind the attack, when two crude bombs were thrown at the office of Puthiya Thalaimurai channel.