Chandigarh: The complete freezing of Amnesty International India’s bank accounts by the Government of India which it came to know on 10 September 2020, brings all the work being done by the organization to a grinding halt. The organisation has been compelled to let go of staff in India and pause all its ongoing campaign and research work. This is latest in the incessant witch-hunt of human rights organizations by the Government of India over unfounded and motivated allegations, Amnesty International India said today.

“The continuing crackdown on Amnesty International India over the last two years and the complete freezing of bank accounts is not accidental. The constant harassment by government agencies including the Enforcement Directorate is a result of our unequivocal calls for transparency in the government, more recently for accountability of the Delhi police and the Government of India regarding the grave human rights violations in Delhi violence and Jammu & Kashmir. For a movement that has done nothing but raise its voices against injustice, this latest attack is akin to freezing dissent,” said Avinash Kumar, Executive Director of Amnesty International India. 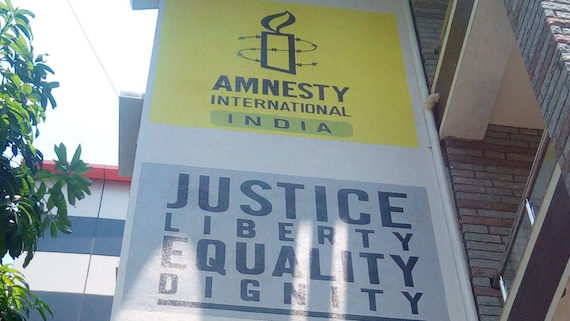 Amnesty International India said that it stands in full compliance with all applicable Indian and international laws. For human rights work in India, it operates through a distinct model of raising funds domestically. More than four million Indians have supported Amnesty International India’s work in the last eight years and around 100,000 Indians have made financial contributions. These contributions evidently cannot have any relation with the Foreign Contribution (Regulation) Act, 2010. The fact that the Government is now portraying this lawful fundraising model as money-laundering is evidence that the overbroad legal framework is maliciously activated when human rights activists and groups challenge the government’s grave inactions and excesses. 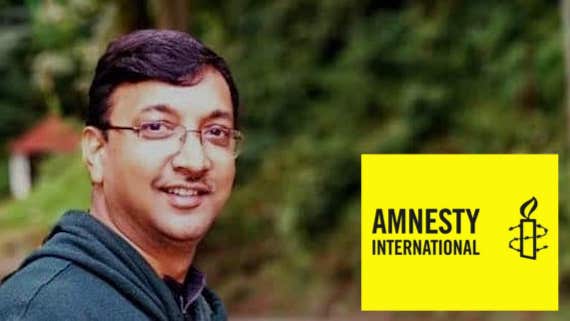 The attacks on Amnesty International India and other outspoken human rights organizations, activists and human rights defenders is only an extension of the various repressive policies and sustained assault by the government on those who speak truth to power. “Treating human rights organisations like criminal enterprises and dissenting individuals as criminals without any credible evidence is a deliberate attempt by the Enforcement Directorate and Government of India to stoke a climate of fear and dismantle the critical voices in India. It reeks of fear and repression, ignores the human cost to this crackdown particularly during a pandemic and violates people’s basic rights to freedom of speech and expression, assembly, and association guaranteed by the Indian Constitution and international human rights law. Instead, as a global power and a member of the United Nations Human Rights Council, India must fearlessly welcome calls for accountability and justice,” said Avinash Kumar.

As part of the Nobel Prize winning movement, Amnesty International India holds itself to the highest evidentiary standards. Our work in India, as elsewhere, is to uphold universal human rights and build a global movement of people who take injustice personally. These are the same values that are enshrined in the Constitution of India and flow from a long and rich Indian tradition of pluralism, tolerance and peaceful dissent.