Appeal to All Sikh Organizations in Regards to Removal of “1984 Sikh Genocide Memorial” by Indian Govt. in America 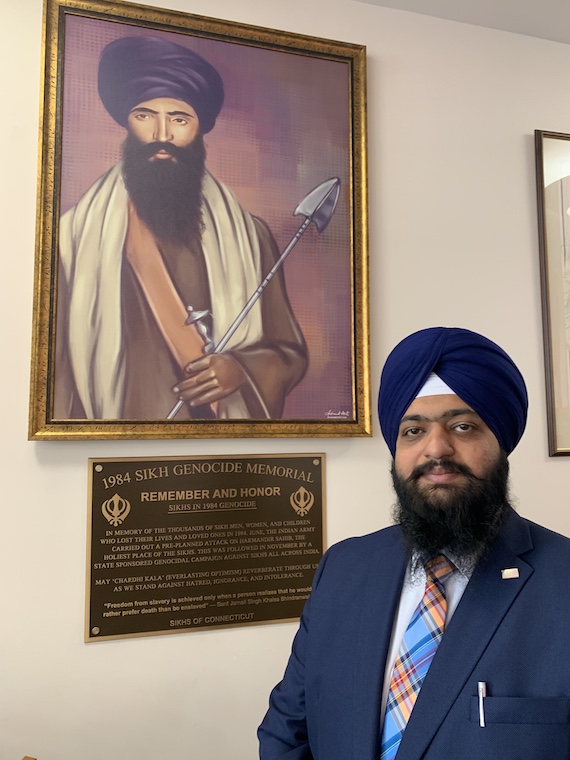 S. Swaranjit Singh Khalsa with the portrait of Sant Jarnail Singh and memorial plaque at Otis Library after its inauguration in November 2018 | File Photo

The State of Connecticut is the first state in America which recognized Nov 1st as “Sikh Genocide Remembrance Day” and proclaimed month of June as “Sikh Memorial Month”, but due to intervention of Indian Government, the local library made a decision to remove the Sikh Genocide Memorial where it was placed. 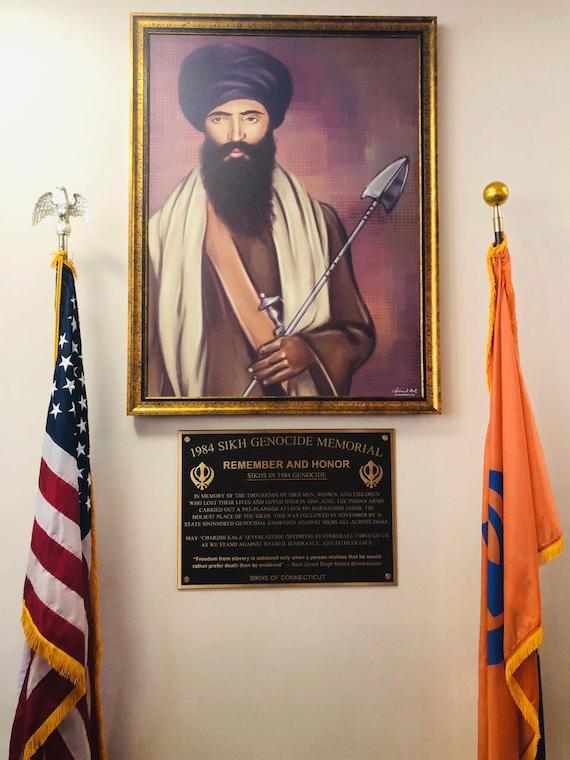 Due to the intense political pressure from The Indian Consulate in New York (while Prime Minister of India Narinder Modi was on tour of America), the memorial plaque,Portrait of Sikh Martyr and Sikh Flag was removed by the library.

This news has hurt Sikh sentiments all over the Globe and news has been shared in many countries by thousands of media outlets globally including NewYork Times,Boston Globe,Washington Post,Channel 8 etc.

I humbly request everyone that they must act wisely to this news.

There is no question that this action by the Indian Govt. should be condemned and this should be seen as Interference of Indian Govt. in Diaspora Sikhs religious and political affairs.

Also It is important for Sikhs to keep up with their narrative and work in positive direction with educational campaign to recognize Sikh Genocide world wide to make India accountable for human rights violations.

The City of Norwich and State of Connecticut have always been sympathetic towards the Sikh Community. State has also recognized the Sikh community even after the attack on the Wisconsin Sikh Gurudwara and understood how important it is to make sure education opportunities are available for Fellow Americans to learn about Sikhs and their history.

Otis Library in Norwich is one of the Library in America that hold maximum numbers of books related to Sikh Struggle of Sikh Homeland and Is willing to work with Sikh Community.

Despite of the fact that removal of Sikh genocide memorial and especially removal of Sikh flag is seen by sikhs worldwide as threat on their identity because Sikh flag represent 30 million Sikhs worldwide and is placed in every Sikh Gurudwara, the local Sikh leadership in Connecticut is committed to work with elected officials to make sure Sikhs feel safe living in Connecticut.

We are strong and active community and we must move forward with education about Sikh history.

Connecticut leadership is even planning one candle light vigil to commemorate 35th year of Sikh genocide on Nov 9th outside Norwich City Hall and will also be working on Sikh Heritage and Genocide Museum Project so history and Sikh narrative can be available to fellow Americans.

Federal leaders world wide should be notified about this interference of Indian Govt. and must be to requested to recognize Sikh Genocide at National level so Educational Institutions like libraries and universities don’t get threatened by Indian Diplomats and they feel comfortable sharing Sikh History.