Jalandhar/ Ludhiana: Sikh leaders who were arrested by Punjab police yesterday from various places across Punjab are sent to various jails under judicial custody.

Sources said that arrested Sikh leaders and activists were presented before local magistrates and were sent to different jails under judicial custody. 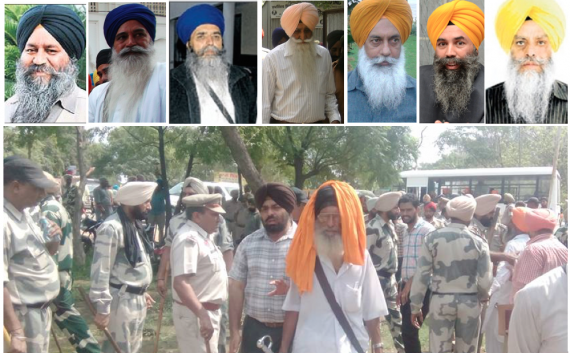 No senior officer of Punjab police has made any public statement on these arrest so far, while local police officials maintain that the arrests are carried under directions from the top.

Sources said that the police crackdown is carried in wake of deteriorated health condition of Bapu Surat Singh Khalsa.

Meanwhile, the police has surrounded Bapu Surat Singh’s house and all roads leading to village Hassanpur continue to be blocked by the police. Media reports say that curfew like situation prevails in the area and locals are facing massive harassment due to police blockage.