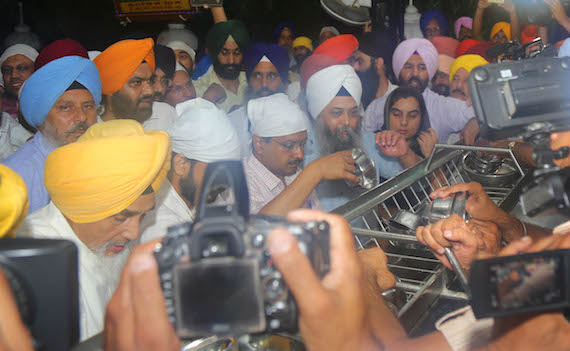 Kejriwal said AAP workers and he were there to submit an apology for the party’s “unintentional mistake”.

According to The Tribune, Arvind Kejriwal arrived around 3.40 am at the shrine’s Sri Guru Ramdas Langar Hall along with party workers and performed sewa like other devotees. They washed utensils and later paid obeisance at the sanctum sanctorum and attended ardas. They also sat for a few minutes to listen to the morning Gurbani kirtan and walked the Parikarma, before leaving around 5.30 am.