Chandigarh: The Sikh Siyasat News (SNS) has released an audiobook version of Rana Ayyub’s book Gujarat Files. The audiobook is in Punjabi language and it’s released on Sikh Siyasat’s iOS and Android app.

Investigative journalist Rana Ayyub’s ‘Gujarat Files: Anatomy of Coverup’ was originally published in English language and it was translated to many other languages. The book was translated into Punjabi language by Boota Singh Nawanshehr and it was published by Baba Booza Singh Prakashan.

The Audiobook was recently launched by the Sikh Siyasat and it can be listened to through Sikh Siyasat’s app. 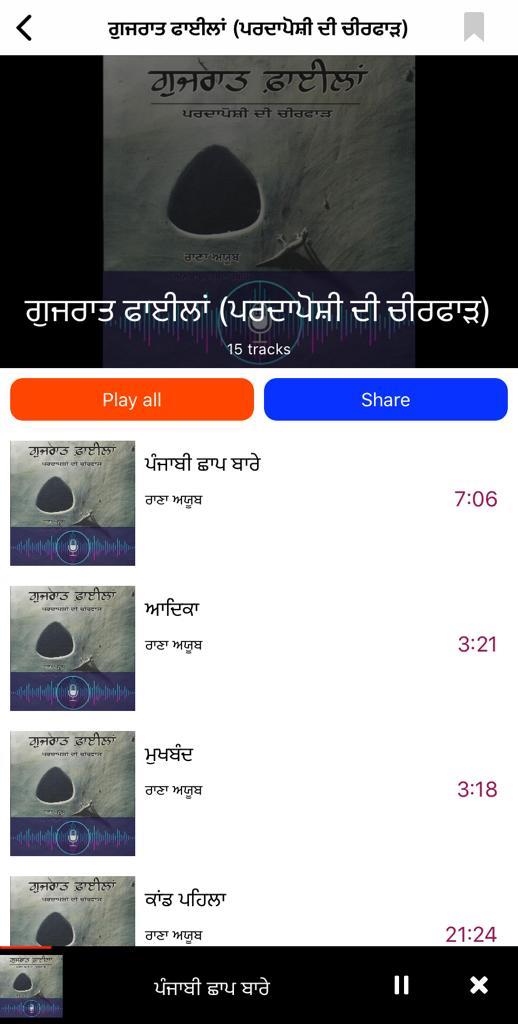 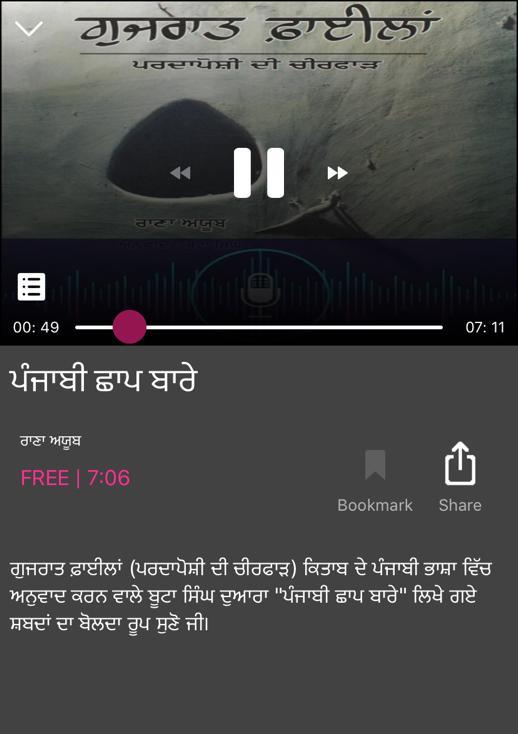 Notably, Gujarat files is the account of an eight-month long undercover investigation by journalist Rana Ayyub into the 2002 genocide of Muslims in Gujarat, fake encounters and the murder of state Home Minister Haren Pandya that brings to the fore startling revelations. Posing as Maithili Tyagi, a filmmaker from the American Film Institute Conservatory, Rana met bureaucrats and top cops in Gujarat who held pivotal positions in the state between 2001 and 2010. The transcripts of the sting operation reveal the complicity of the state and its officials in crimes against humanity. With sensational disclosures about cases that run parallel to Narendra Modi and Amit Shah’s ascent to power and their journey from Gujarat to New Delhi, the book tells you the hushed truth of the state in the words of those who developed amnesia while speaking before commissions of enquiry, but held nothing back in the secretly taped videos which form the basis of this remarkable read.