Sydney: Sikh Sangat of Australia organised a “Shaheedi Samagam” last week to mark the 31st anniversary of ‘Ghallughara June 1984’ at Gurudwara Sahib of Glenwood (Parkley) in Western Sydney. The samgam was organised by the Gurdwara Sahib in association of the Sikh Federation of Australia and Australian Sikh Association.

Speaking on the occasion Bhai Gurmej Singh and Bhai Davinder Singh (Qaumi Awaaz Radio) said that the Ghallughara of June 1984 was the worst attack on Sikhs by Hindutva forces. 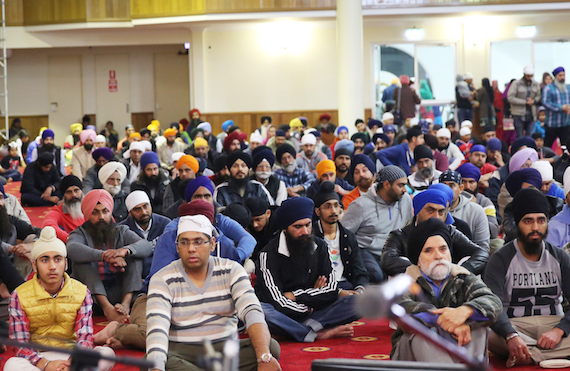 A view of gathering during the samagam

The martyrdom of Sant Jarnail Singh Ji Khalsa Bhindranwale and others great Sikhs, who had laid their lives defending the sanctity of Darbar Sahib during June 1984 army attack, would inspire Sikhs to fight for the freedom, they added.

The leader of Sikh Federation of Australia and Australian Sikh Assocaition extended thanks to the Sikh sangat for supporting this event.