Melbourne, Australia: Australia’s Sikh community today rallied in front of the Thai consulate in Melbourne on 9th February. They were protesting against alleged illegal extradition of Jagtar Singh Tara at the call of Sikhs for Justice (SFJ). 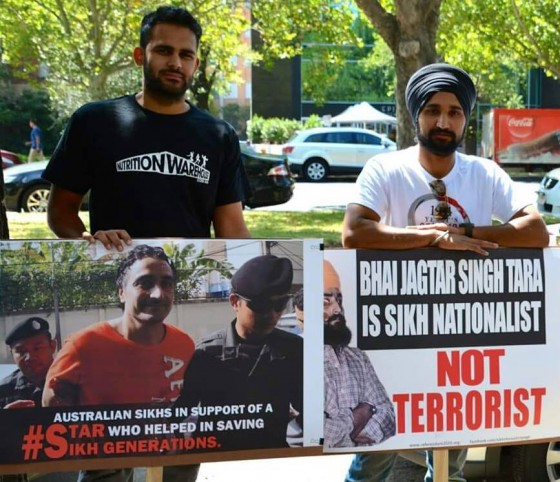 The protesters alleged that ever since Thailand extradited Jagtar Singh Tara’s to India, he was being continuously tortured and undergoing cruel and inhuman treatment and is implicated in false criminal cases.

A protest letter originally drafted by Sikhs for Justice was also submitted to Royal Thai Honorary Consul-General Dr Simon A. Wallace. When giving letter to Dr. Wallace, the protesters expressed their deep indignation and explained about the illegal extradition of Jagtar Singh Tara, notes a report by Singh Station.