Amritsar: The Ram Janambhoomi Teerth Kshetra (trust) is going to hold ‘bhoomi poojan’ at Ayodhya to lay foundation of new temple for lord Ram. The trust has invited Sikh leaders, including acting Jathedar of Akal Takht Sahib Giani Harpreet Singh. There has been discussion in various Sikh and political circles that whether or not would Giani Harpreet Singh participate in the said event on August 5. 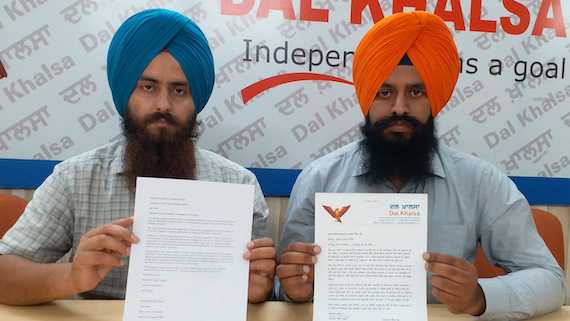 Meanwhile, Sikh groups- Dal Khalsa and Sikh Youth of Punjab have written letters to Giani Harpreet Singh urging him to not to join the event.

The Sikh groups said that it would be an unprincipled move to join the celebrations of one community while hurting the sentiments of the other. They said that Sikhs should maintain relation with both Hindu and Muslim religions and need not to take either’s side in their mutual controversy.

Noting that it was not a co-incident that the date for boomi poojan coincides with abrogation of special political status of Kashmir, the Sikh bodies said that it was done deliberately with  motives hurtful to Kashmiri Muslims.

FULL TEXT OF LETTER (in Gurmukhi/Punjabi):