Ludhiana: As per reports emanating from Ludhiana an undertrial prisoner, who is accused of committing beadbi of Guru Granth Shaib, was thrashed by other inmates in city’s Central jail.

Media reports say that the incident tool place at around 6pm local time in Friday (June 22). 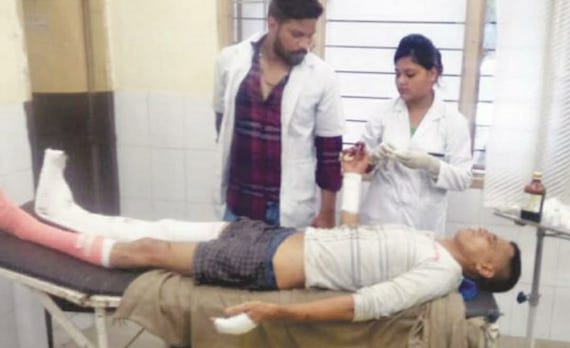 Though the jail administration attempt to veil the incident saying that Harsimrandeep and others attempted to enforce their dominance by beating up Jagjit Singh, informed sources told Sikh Siyasat News (SSN) that the incident was linked to the incident of beadbi. Jagjit Singh has reportedly committed beadbi of Guru Granth Sahib in village Bachhauri (district Nawanshehr) and is facing charges in that case.

It is learnt that the after the beadbi accused was admitted to a local hospital the jail staff beat up Harsimrandeep Singh and others and they were confined to cells as a punishment.