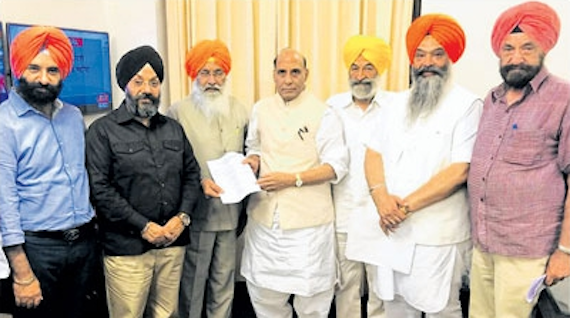 Pilibhit jail killings is a clear example of Indian state’s police of impunity for culprits of brutal human rights abusers.

A number of reports by human rights groups of international stature have documented the details of blatant human rights abuses committed by Indian security forces, including the Punjab police, in Punjab during 1980s and 1990s.

Shiromani Akali Dal (Badal) had come to power in 1997 with a promise to bring the culprits to justice but on the contrary after grabbing the power, SAD (Badal) formed a litigation cell to defend the human right abusers.

The culprits of human rights abuses were rewarded with promotions and were protected from trials by SAD Badal government. The case of former Punjab DGP Sumedh Saini is a glaring example of ‘policy of impunity’ extended by the SAD Badal government as the Badal government did not only appointed Sumedh Saini as DGP of Punjab but also protected him from criminal prosecution in a murder case- where Saini was facing CBI FIR for eliminative relatives of Sikh political prisoner Prof. Davinderpal Singh Bhullar.

Moreover, if we talk about recent cases, the Badal Government has also been protecting the killers of Bhai Jaspal Singh Gurdaspur, a 18 years old Sikh student who was shot dead by the Punjab police on March 29, 2012. Similarly, the government seems to have dumped away the issue of killing of two young Sikhs by Punjab police in firing at Behbal Kalan village on October 14, 2015.

In this situation the SAD Badal faces a serious question that while it was quick to take notice of media reports about 1994 killings of Sikhs in Pilibhit, why it has turned blind eye to equally horrifying and large scale massacre of Sikh youth in Punjab during 1980s-90s. Why the government did not act against those who shot dead Sikh youth during Badal government’s own regime in recent years.